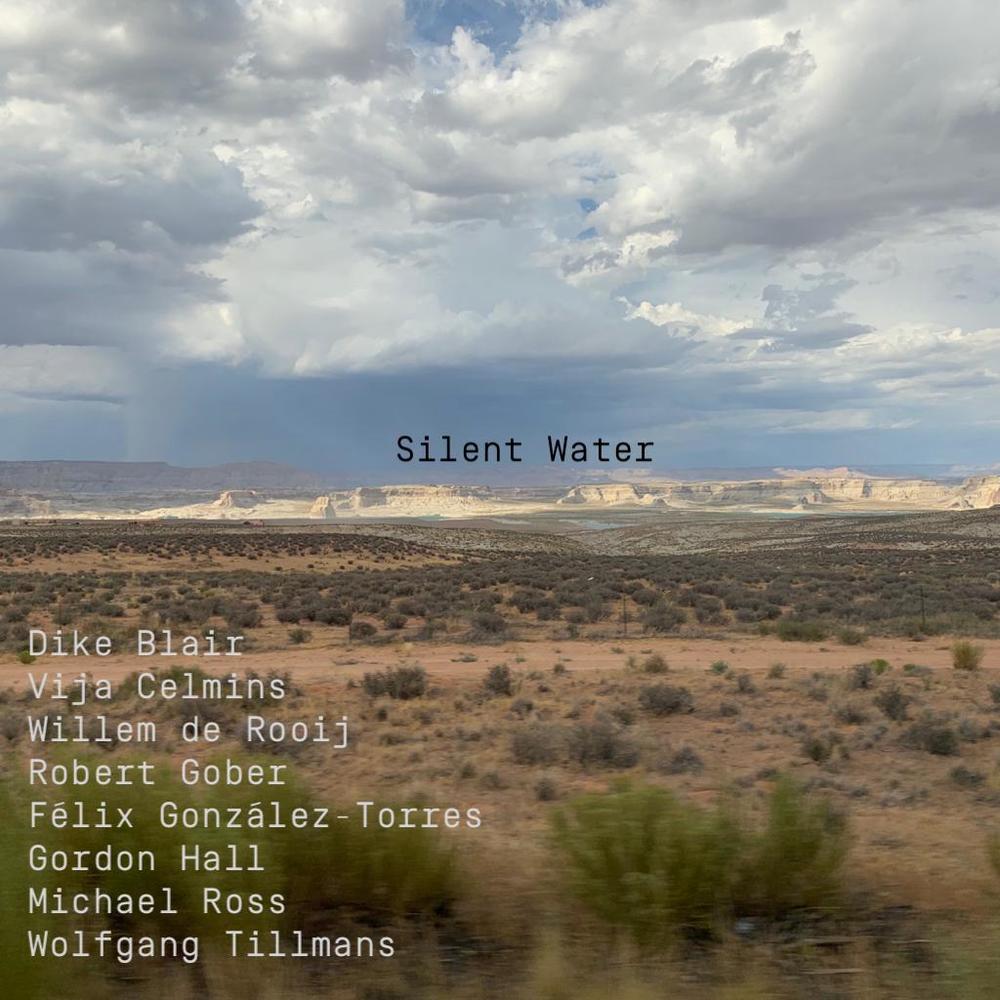 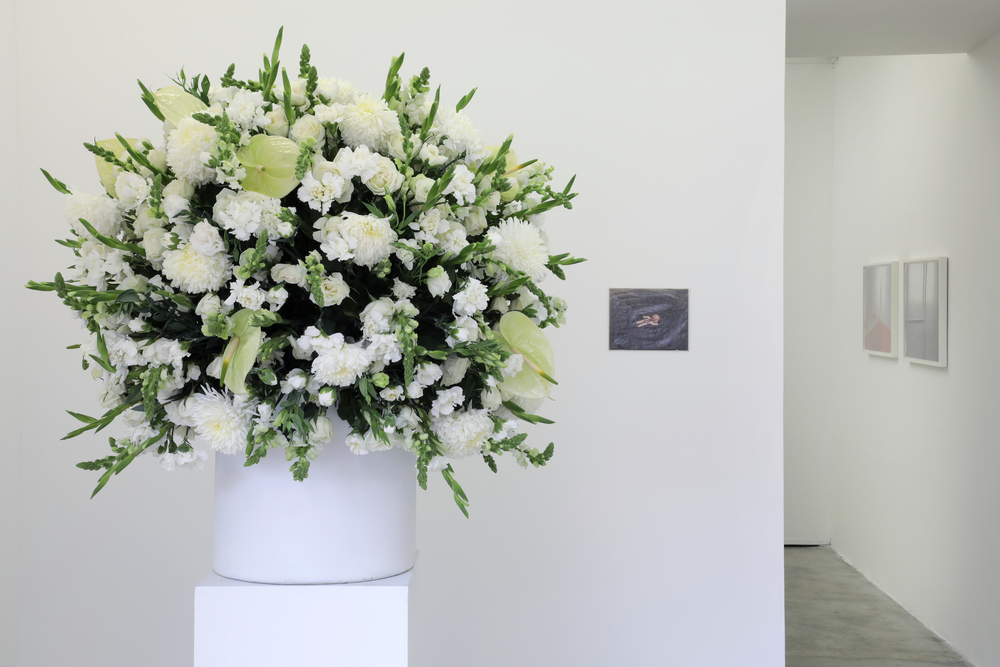 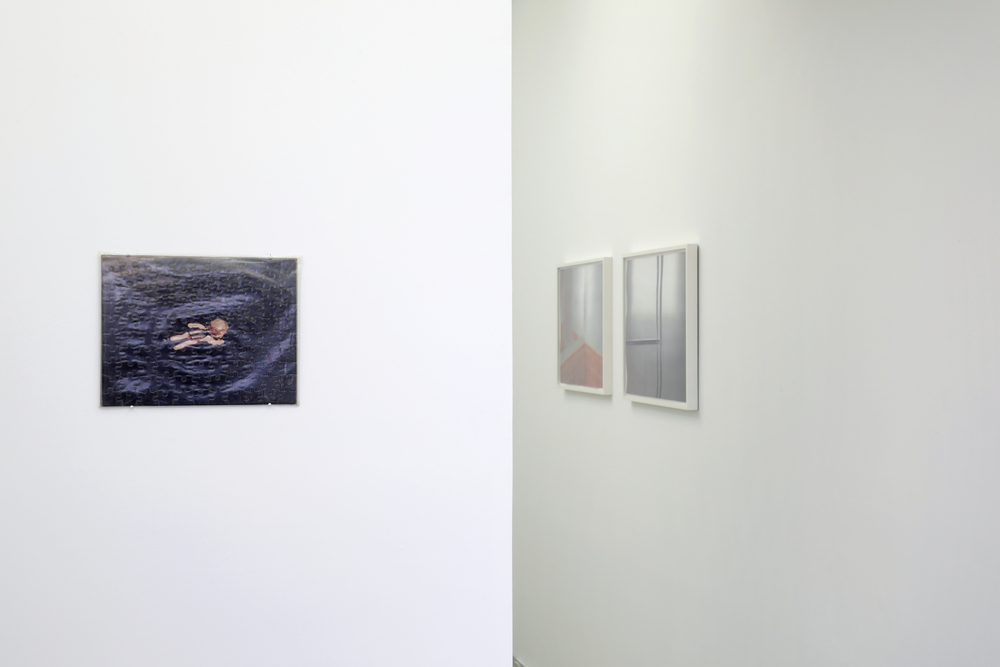 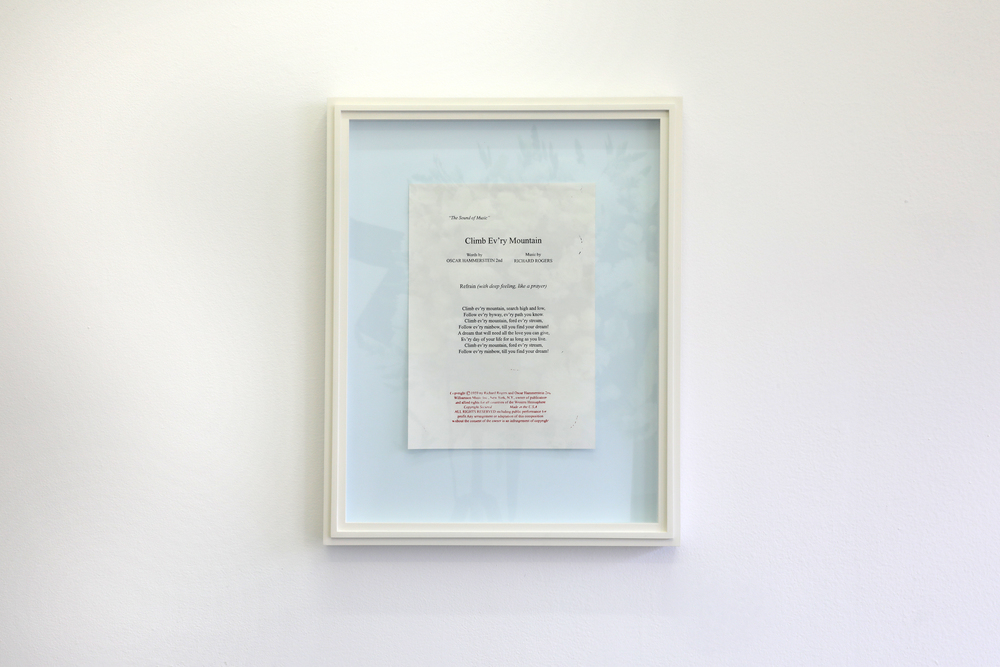 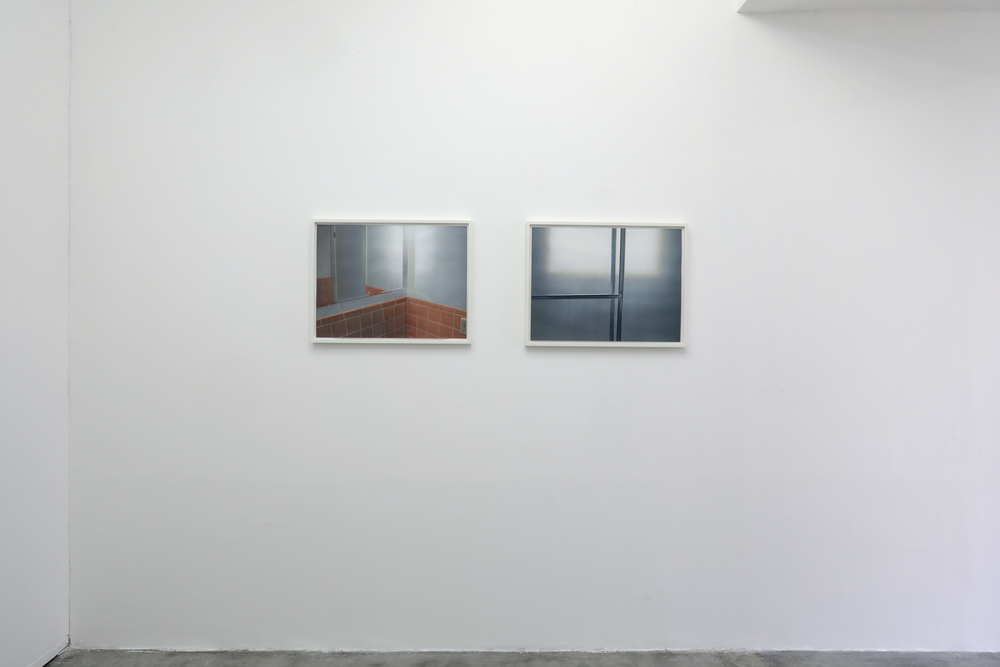 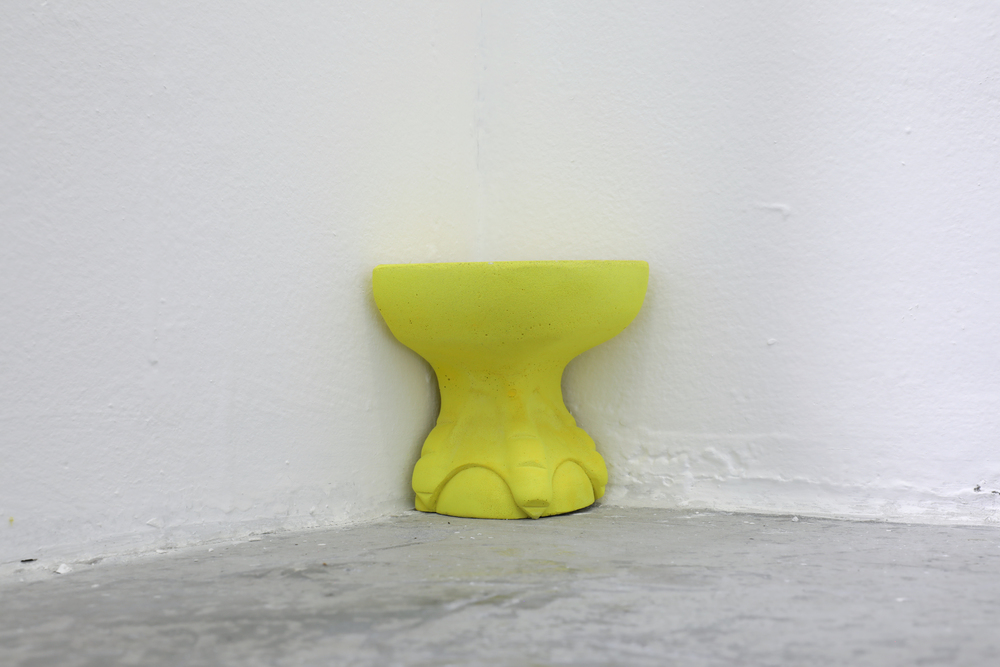 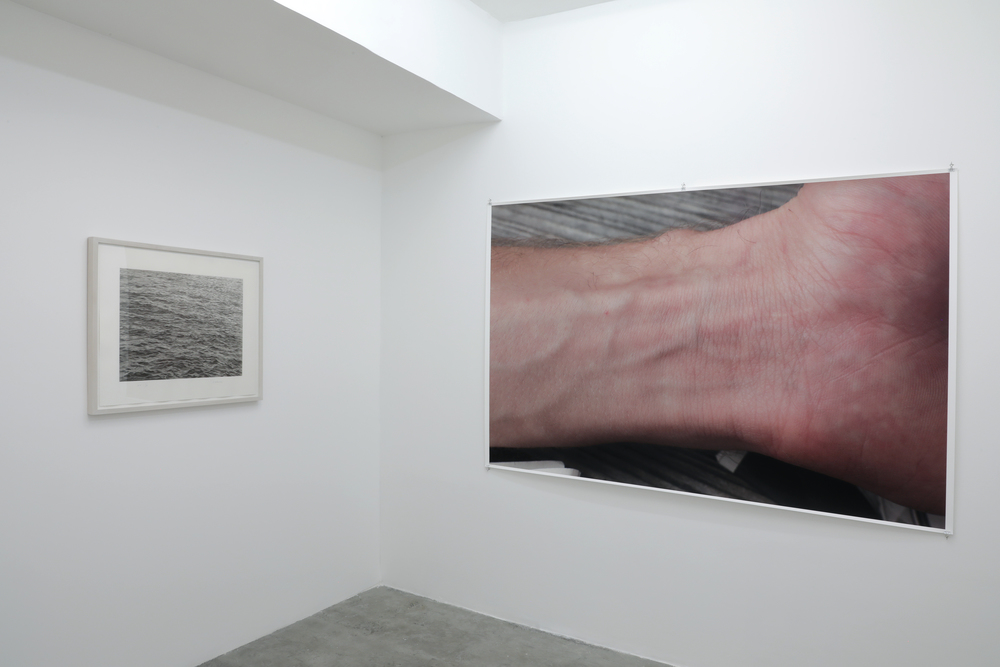 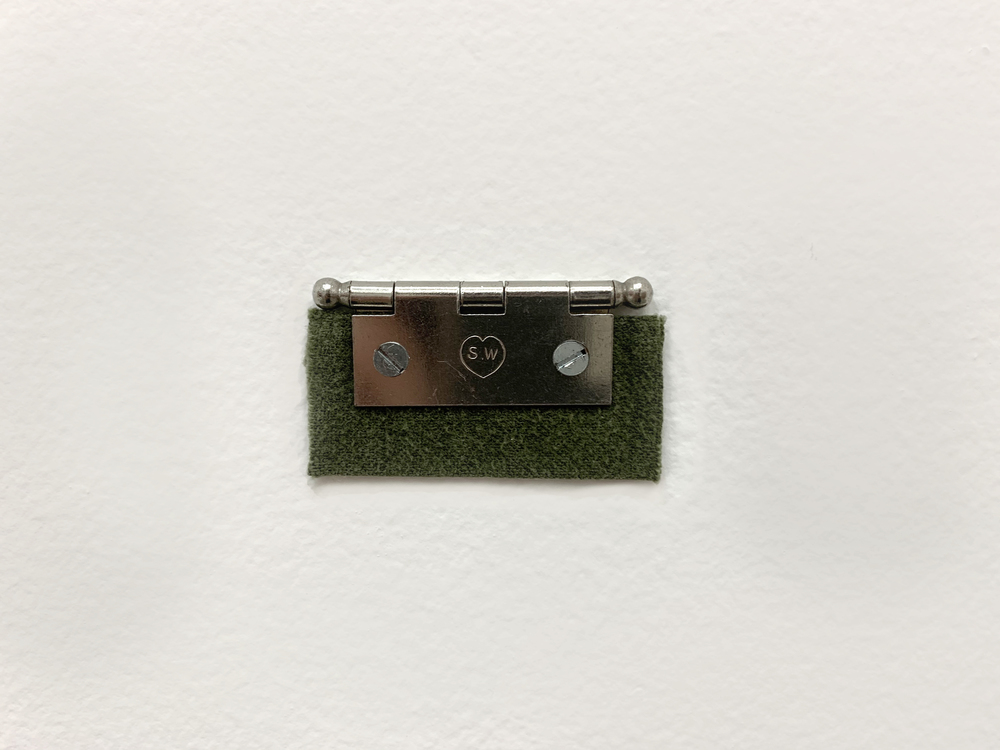 Ranging from photography to small format sculpture, the works featured in Silent Water create an environment of delicate tension. Depicting a human strength in the fragility of a passing moment. The works of the artists featured, prolong a sense of intimacy that can at times border with the uncomfortable, providing the privilege of being able to stare at a moment that is fleeting, to intently gaze at an exposed wrist or the surface of an open ocean. Like the surface of a lake, before a stone is thrown into it, there is a danger in the stillness that exists before the action. The possibility of its interruption evokes an undeniable fear of losing the moment if we look away. This is an urgency for which we are not always prepared, but at times can find ourselves craving. The dynamics of exposure and vulnerability of the works allow a delicate interaction between the viewer’s curiosity and the honesty of the artistic act.

While Silent Water doesn’t center around a specific narrative, the works exist in dialogue with one another’s struggle, becoming an intimate portrait that reminds us why we return to art.
—————
Dike Blair (b. 1952) began his pictures of quotidian (mostly)-American scenes in the 1980s. Working in oil
and gouache, Blair’s photorealistic tableaus emanate from his own photographs. A modern-day flâneur,
capturing the unexceptional observations of a day.
Vija Celmins (b. 1938) is a Latvian-American visual artist best known for photo-realistic paintings and draw
-
ings of natural environments and phenomena such as the ocean, spider webs, star fields, and rocks. Her
earlier work included pop sculptures and monochromatic representational paintings. Based in New York
City, she has been the subject of over forty solo exhibitions since 1965.
Willem De Rooji (b.1969) began working on the Bouquet series – a group of floral sculptures – in 2002,
then in collaboration with Jeroen de Rijke (1970–2006) Across various human cultures, bouquets of flow
-
ers are charged with a range of meanings with regard to different events and contexts. Placed within the
museum as a work of art, the fleeting, temporal nature of flowers is emphasized, as well as their nature as
complex social signs.
Robert Gober (b.1954) Robert Gober’s sculptures call everyday objects into question. And what he dis
-
covers in calling the common into question, is the disquieting, the disarming, the unnerving and the disconcerting. Taking objects—a bed, a crib, a door, the accoutrements of a pet—which, while anonymous
are also universal, he plays with the tension between the neutered forms and the strong emotional and
physical connotations we attach to them.
Felix Gonalez-Torres (b.1957-1996) Created between 1987 and 1992, the puzzles represent Gonzalez-Tor
-
res’s longest engagement with any one body of work. He produced the puzzles using commercial, quick-ac
-
cess photo labs, transforming imagery into souvenirs. They speak to the artist’s interest in commercial and
readily available production methods, as well as questions about how to imbue emotionality and intention
within the absence of the artist’s hand
Gordon Hall (b.1983) Creates ambiguous objects which are often accompanied by performances which
give the unclassifiable object a purpose and personality similar to that of another person. The objects at
time provoke feeling of empathy, care and sensuality which broadens the human understanding of relation
between themselves and between their environment.
Michael Ross (b.1955) For the past twenty years Michael has direct his focus toward small, precise wall
mounted sculptures created from scraps, unidentifiable hardware and miscellaneous things.[3] Michael
Ross’s earliest small-scale sculpture consisted of a single upright thimble containing the dust from several
rooms of his home. Due to their small scale the works have characterized themselves for both their preci
-
sion and their cryptic Duchampian logic.
Woflgang Tillmans (b.1968) Tillmans’s oeuvre is distinguished by unabashed emotion and a tension be
-
tween strangeness and familiarity. Using all the photographic technology at his disposal, Tillmans shoots
portraits, still-lifes, and landscapes in which the subjects range from partially-nude friends in seemingly
private moments to modest arrangements of domestic items on windowsills.