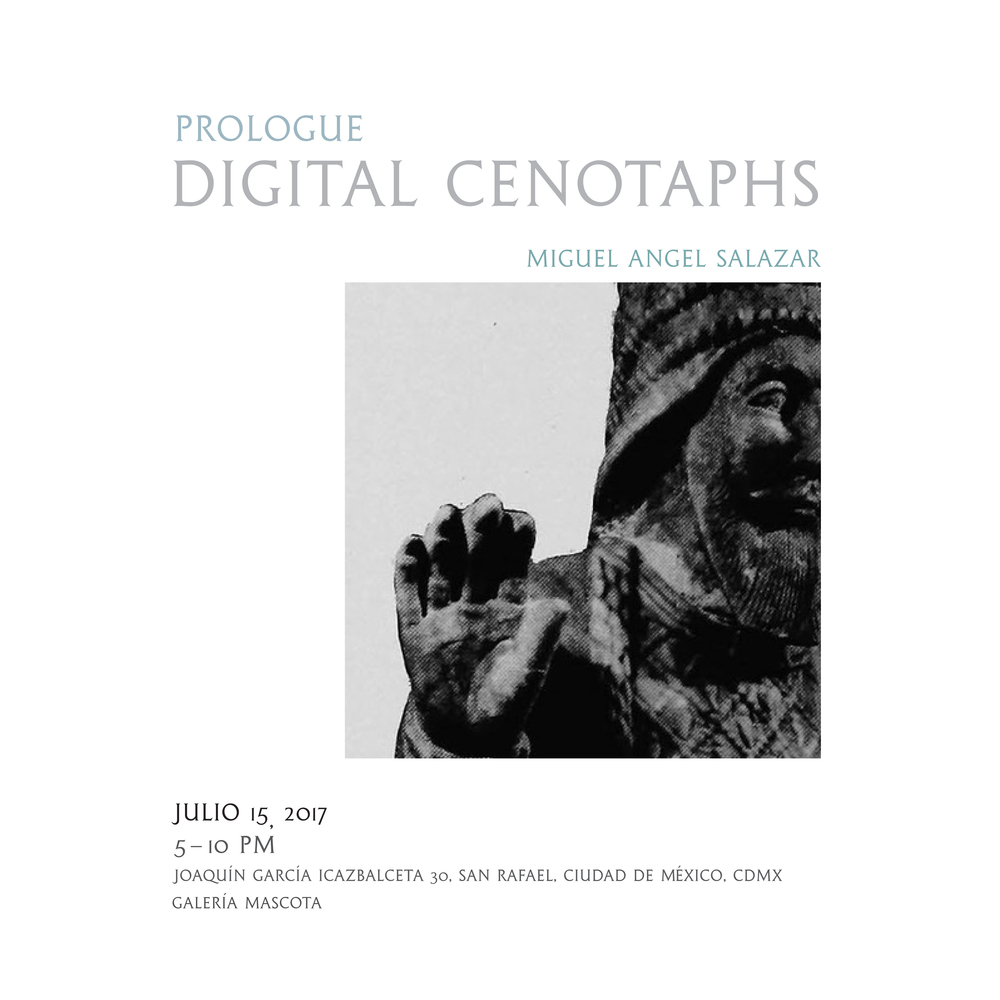 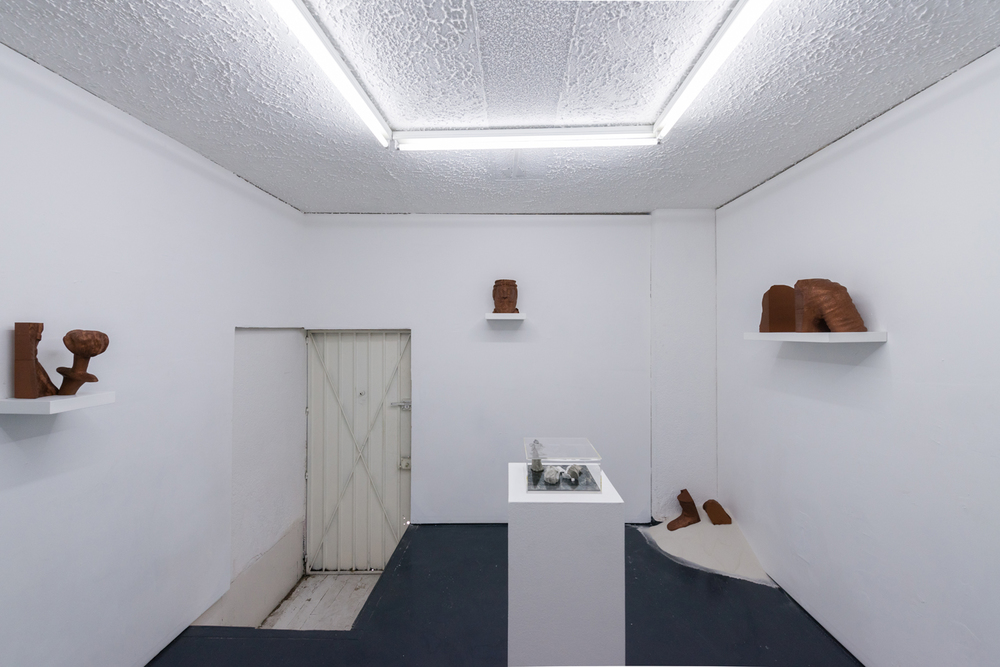 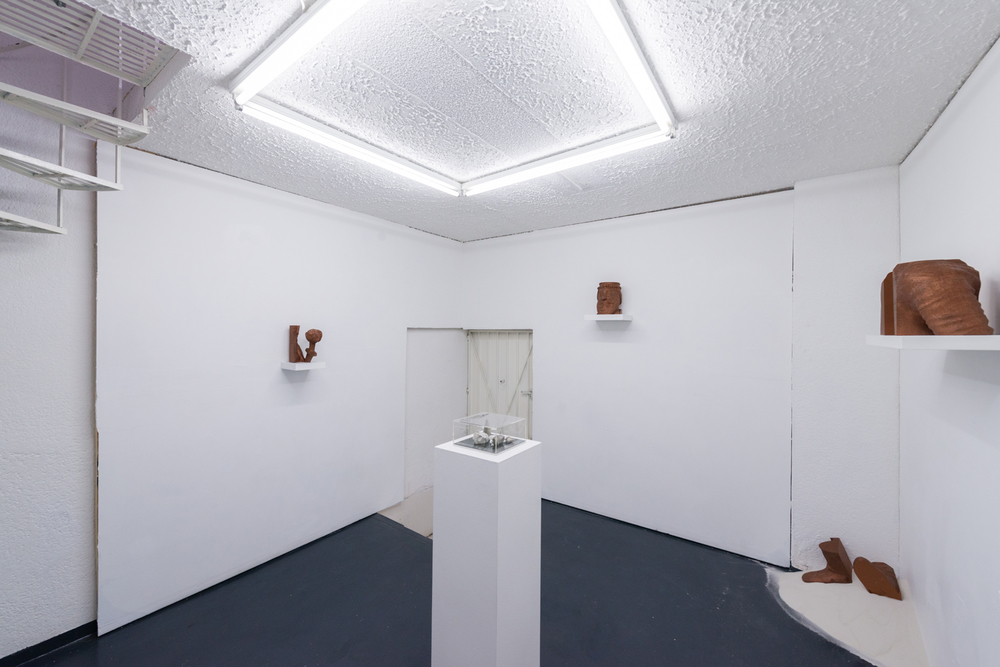 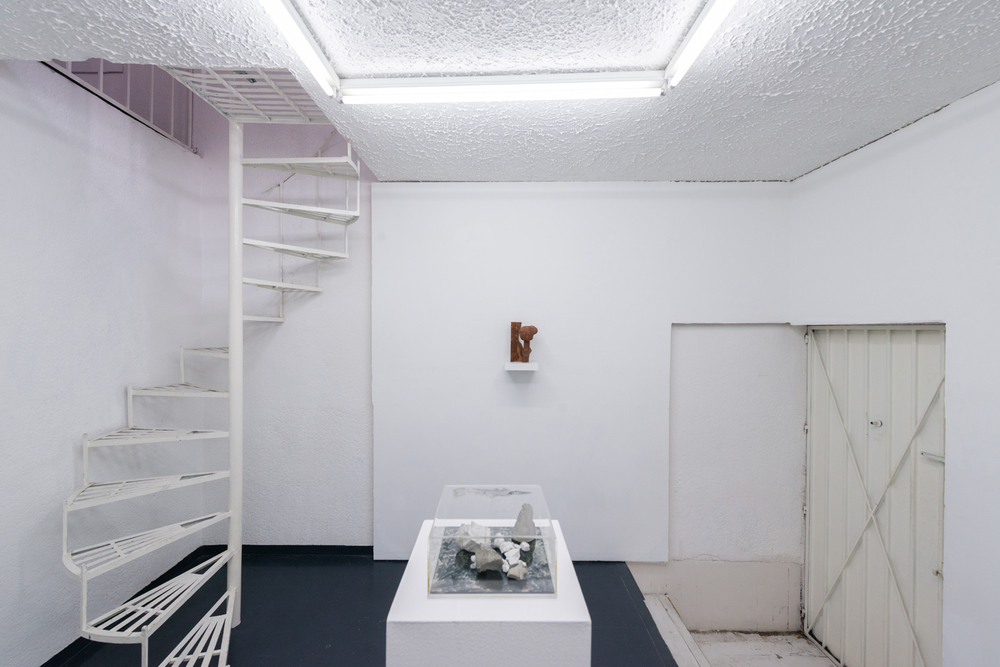 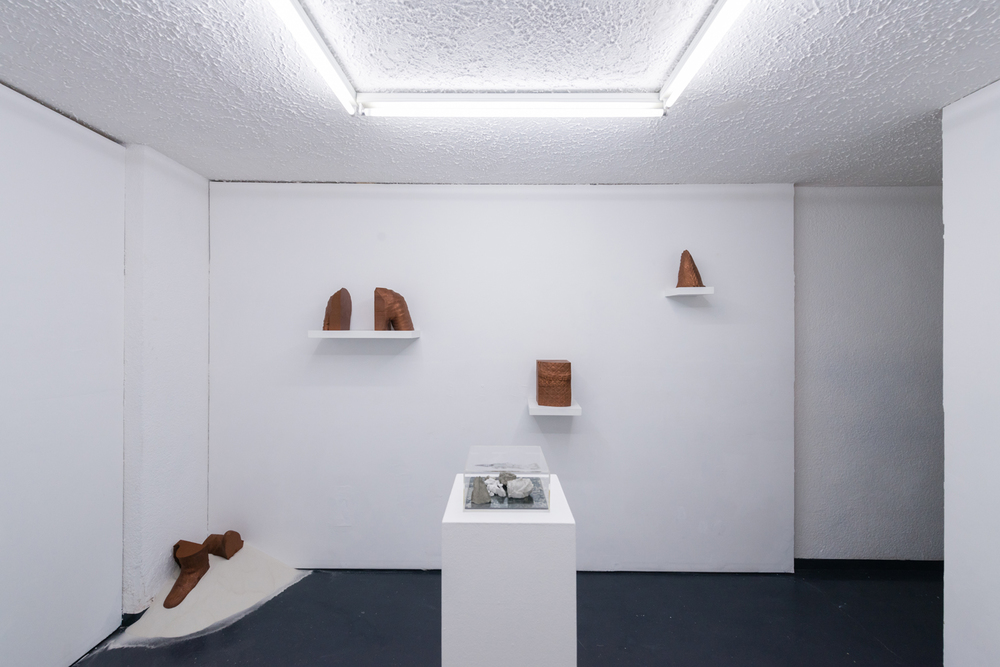 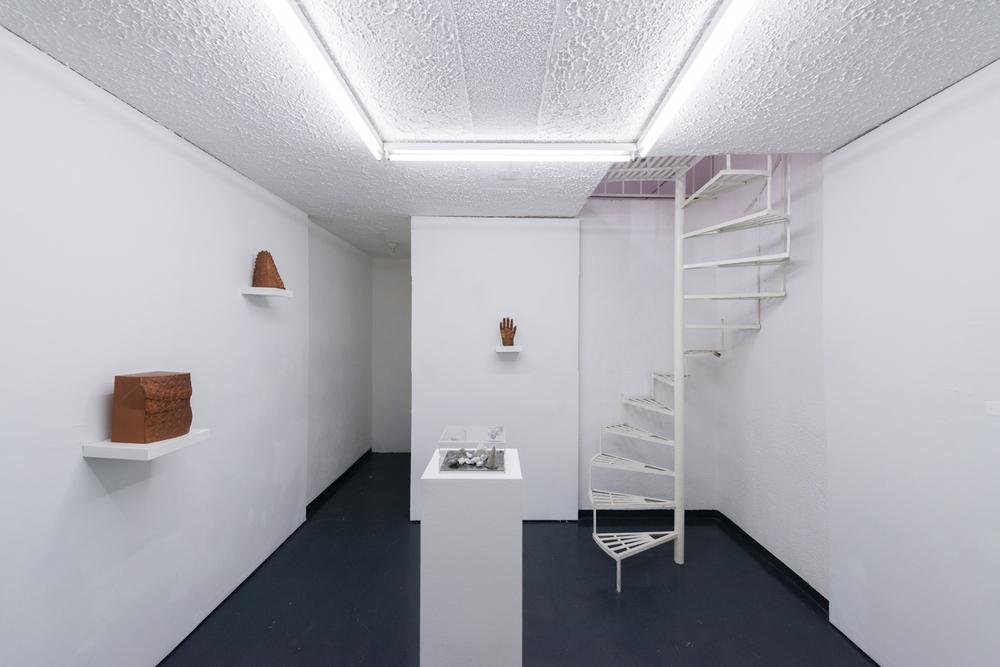 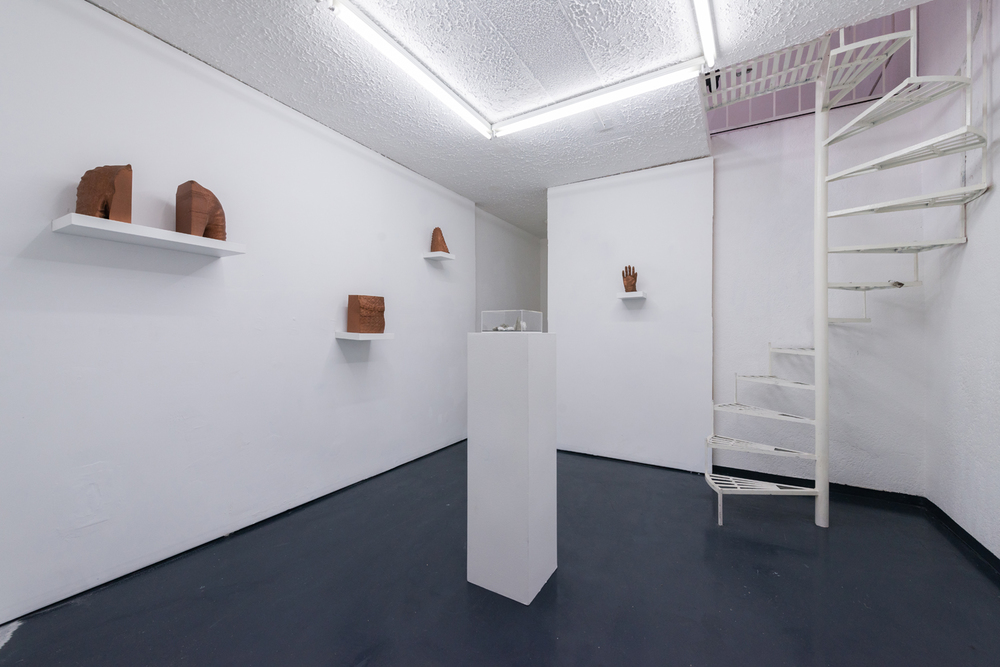 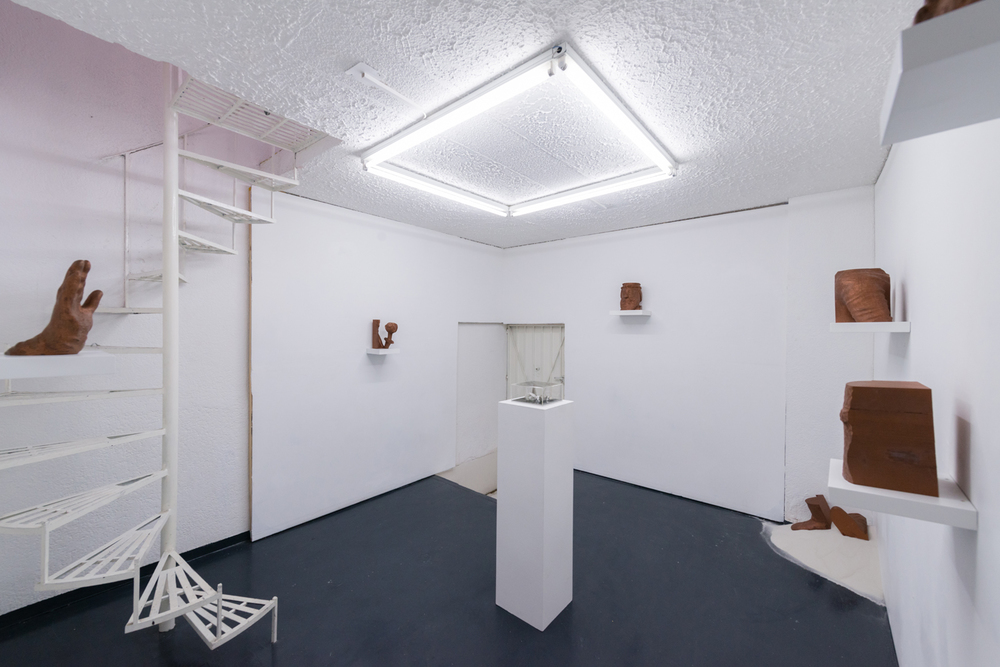 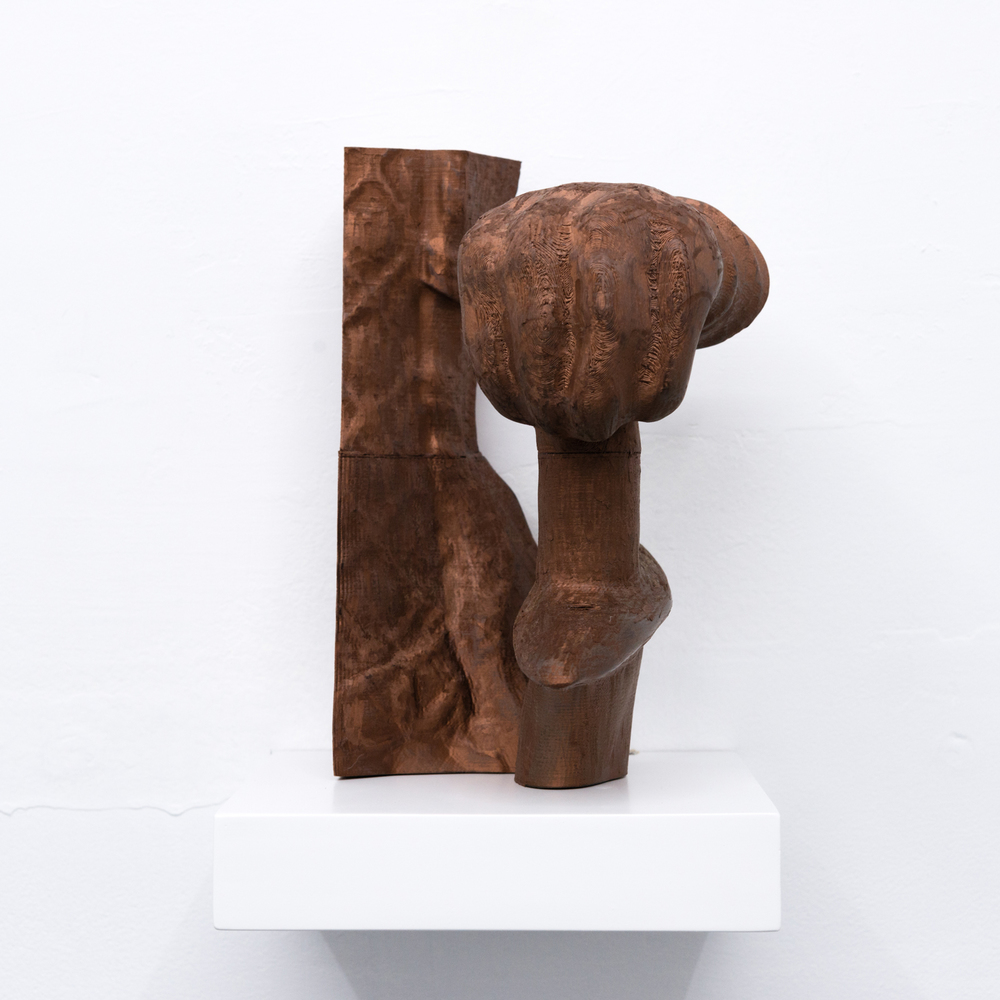 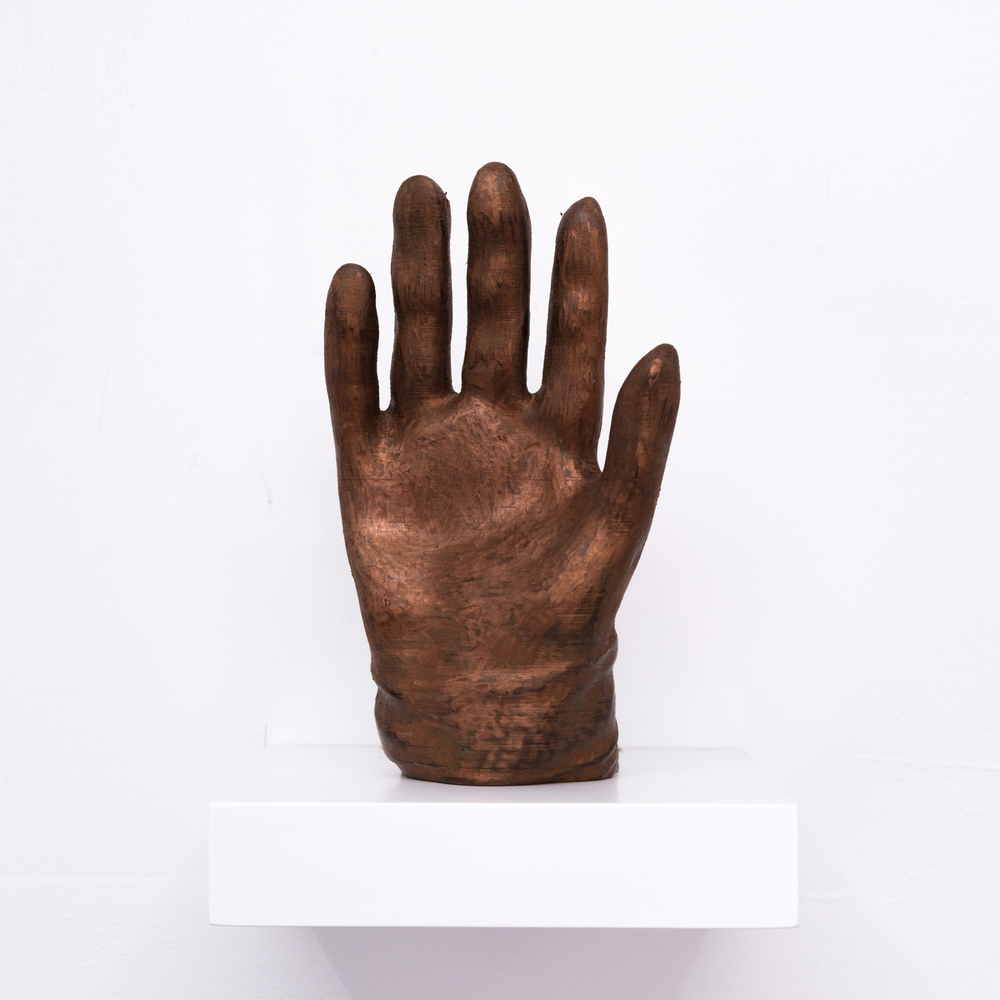 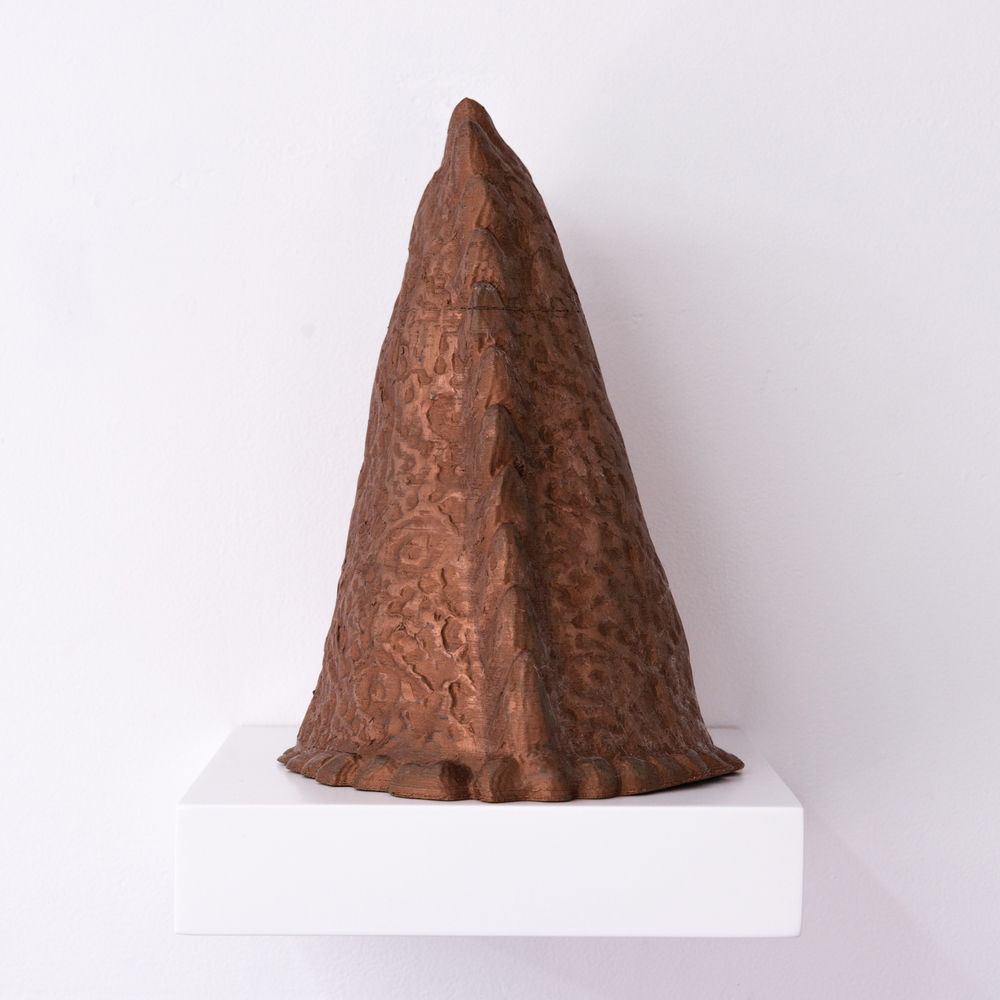 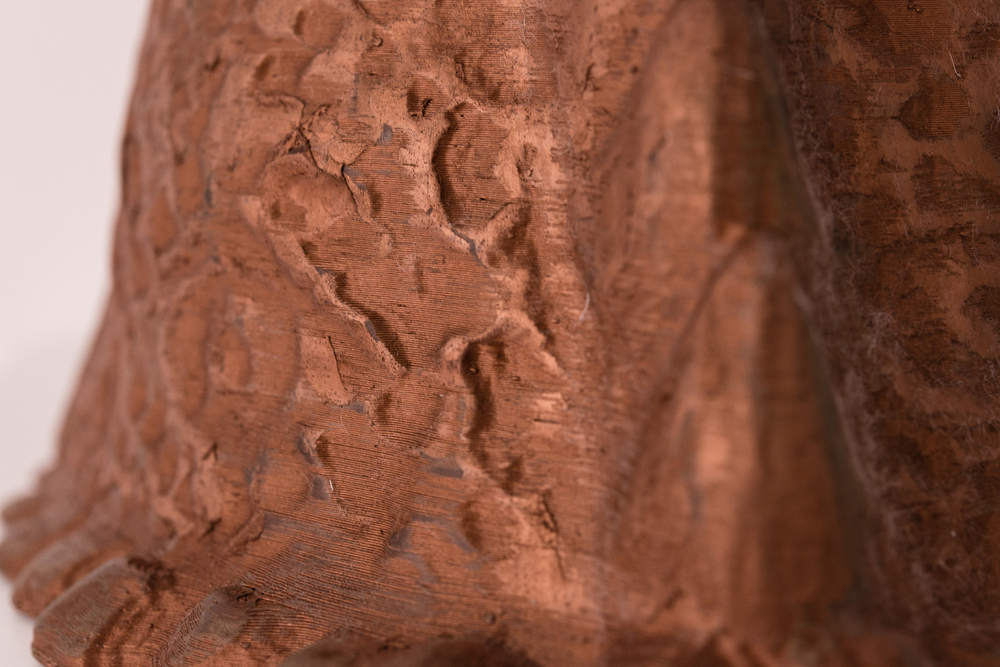 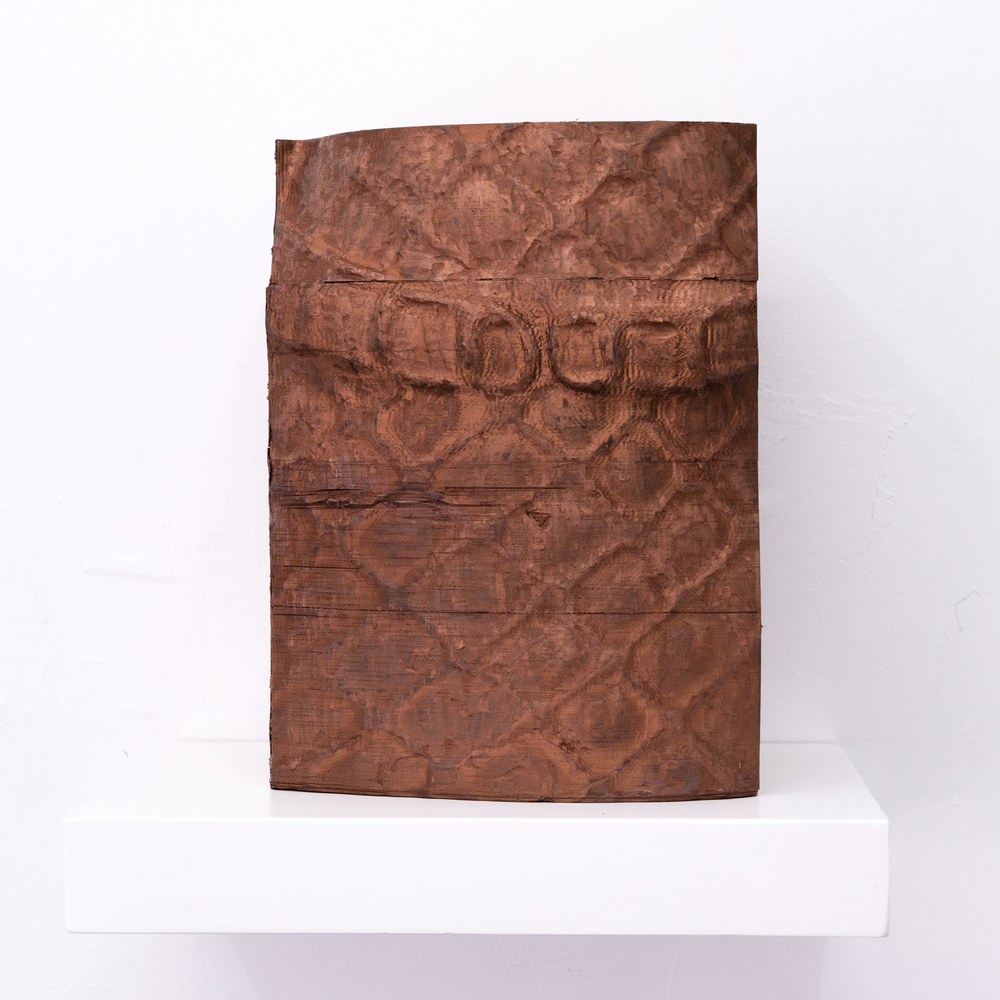 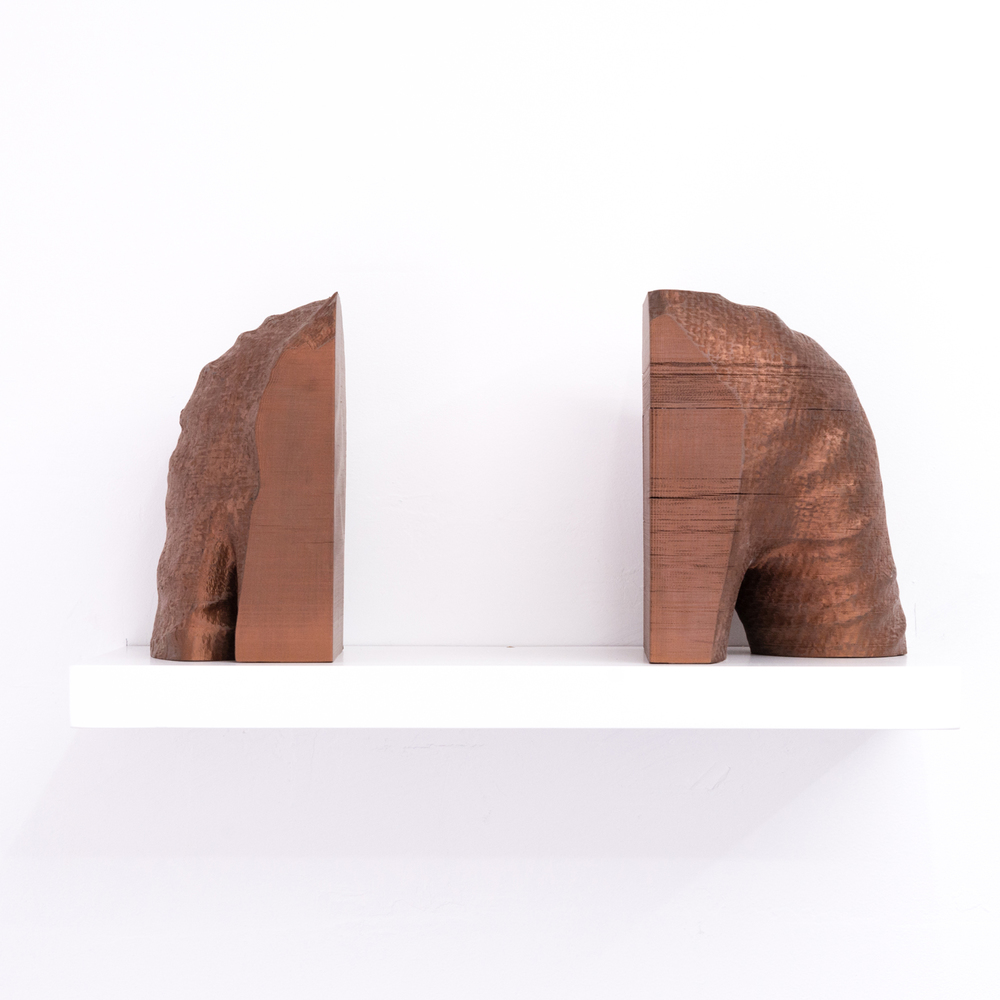 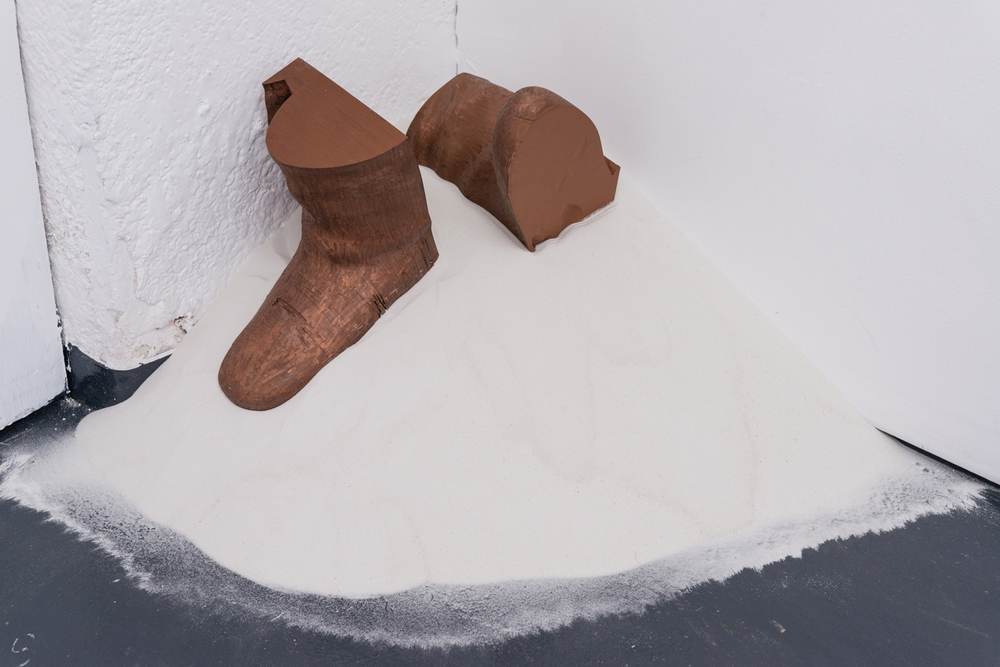 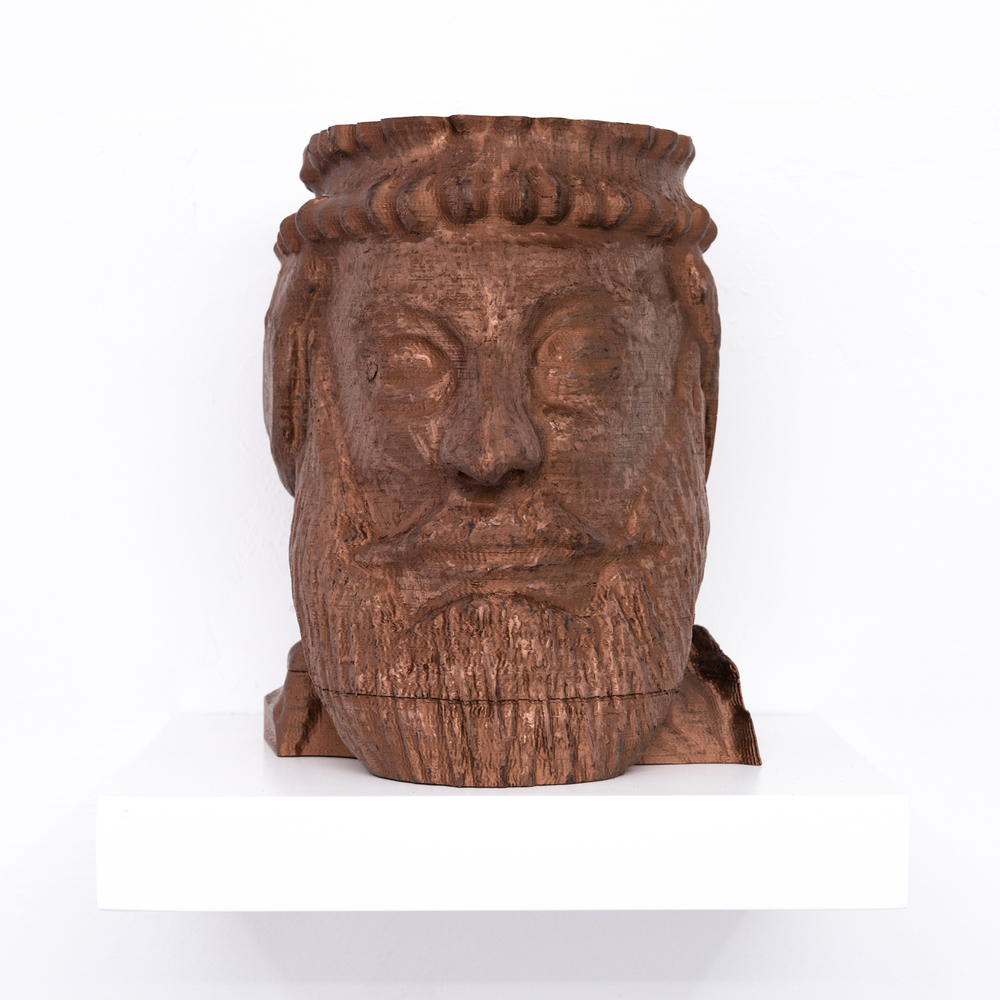 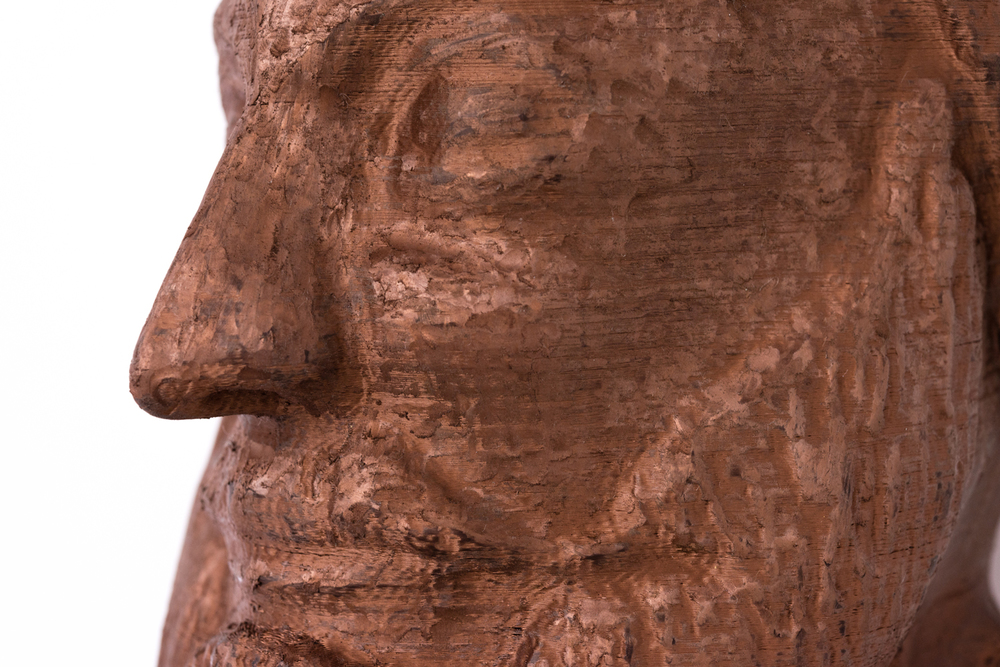 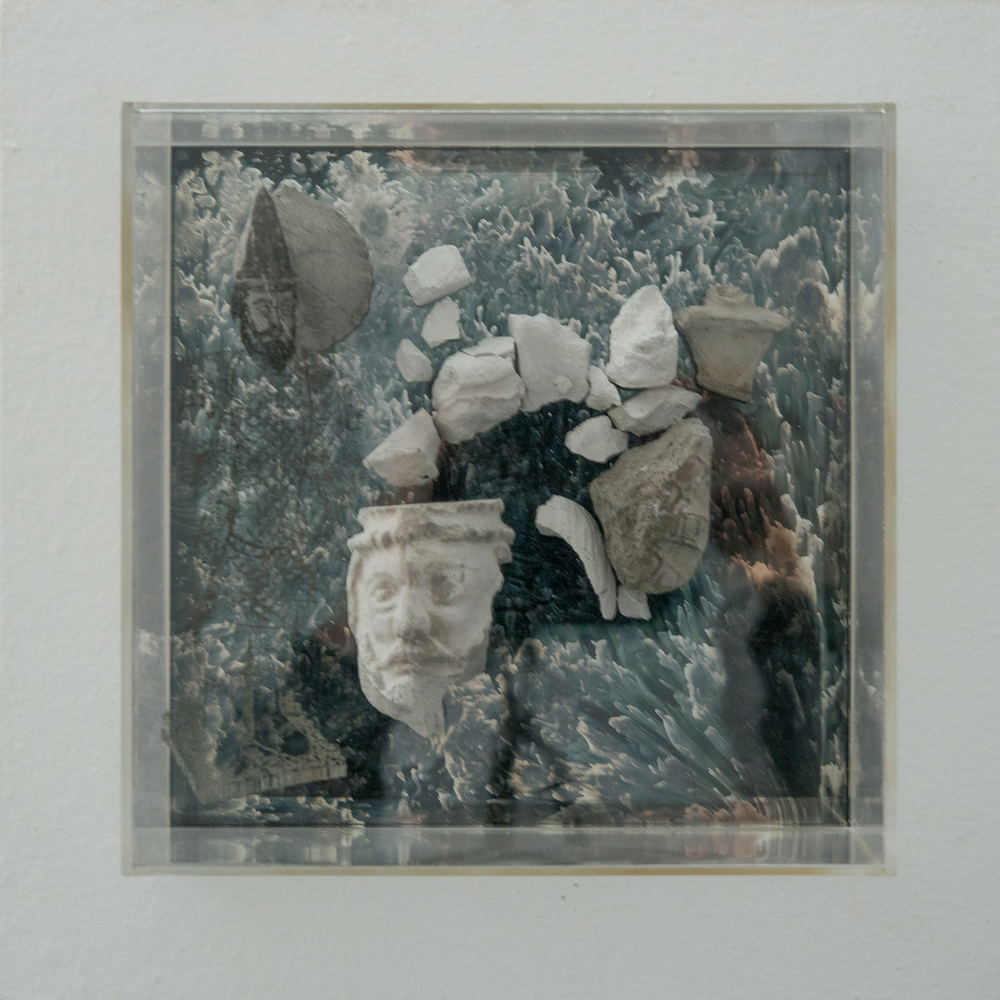 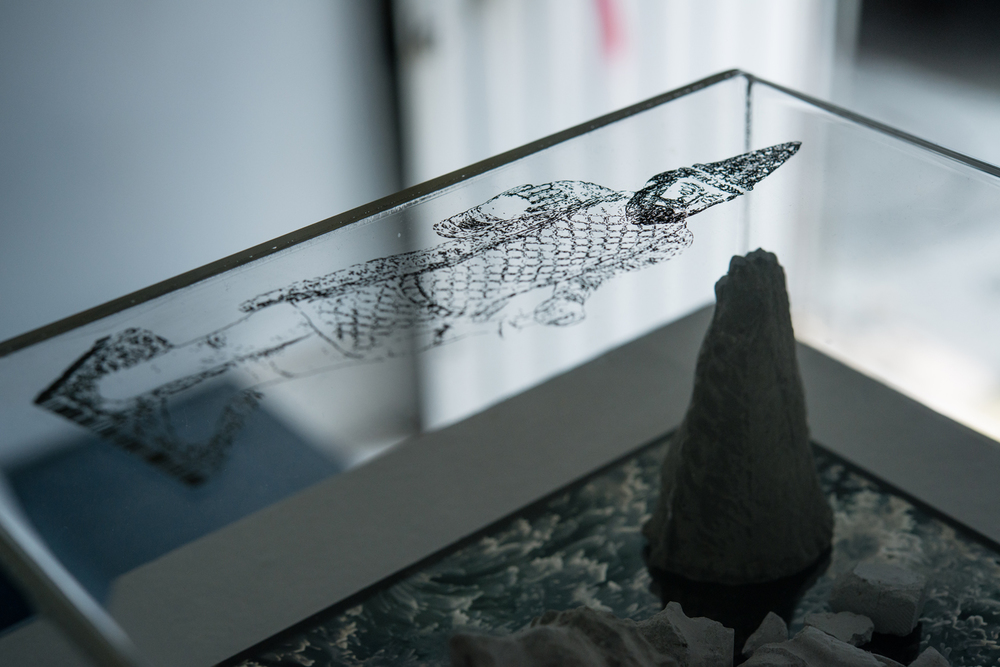 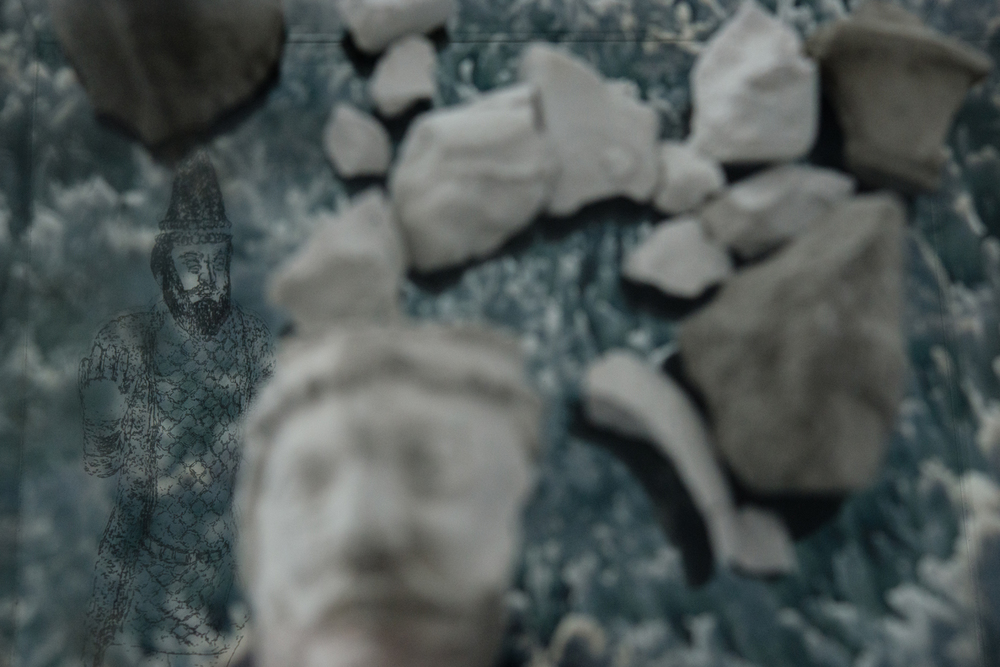 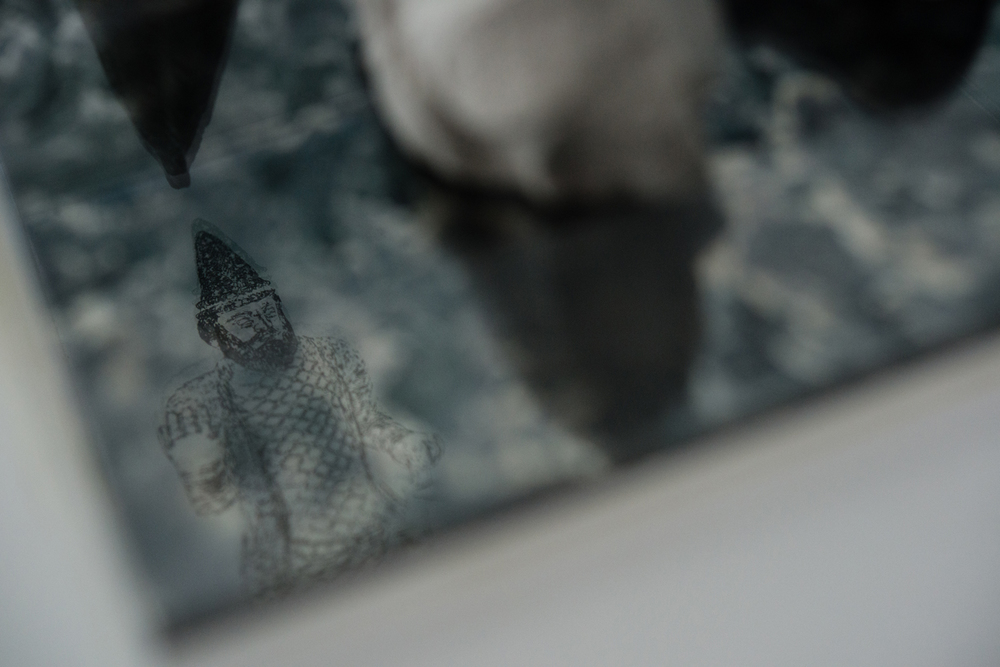 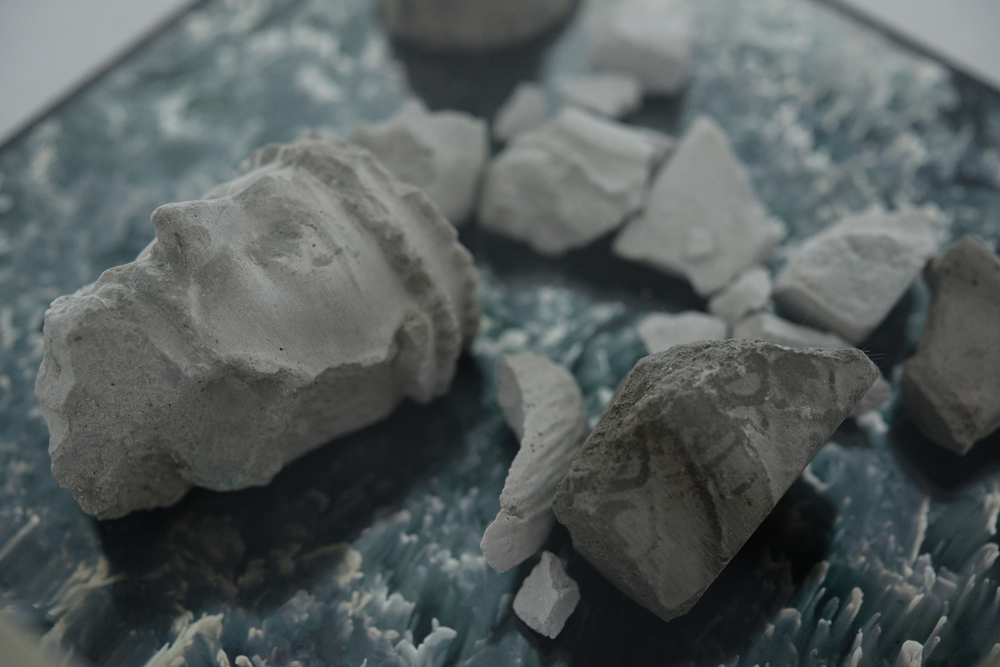 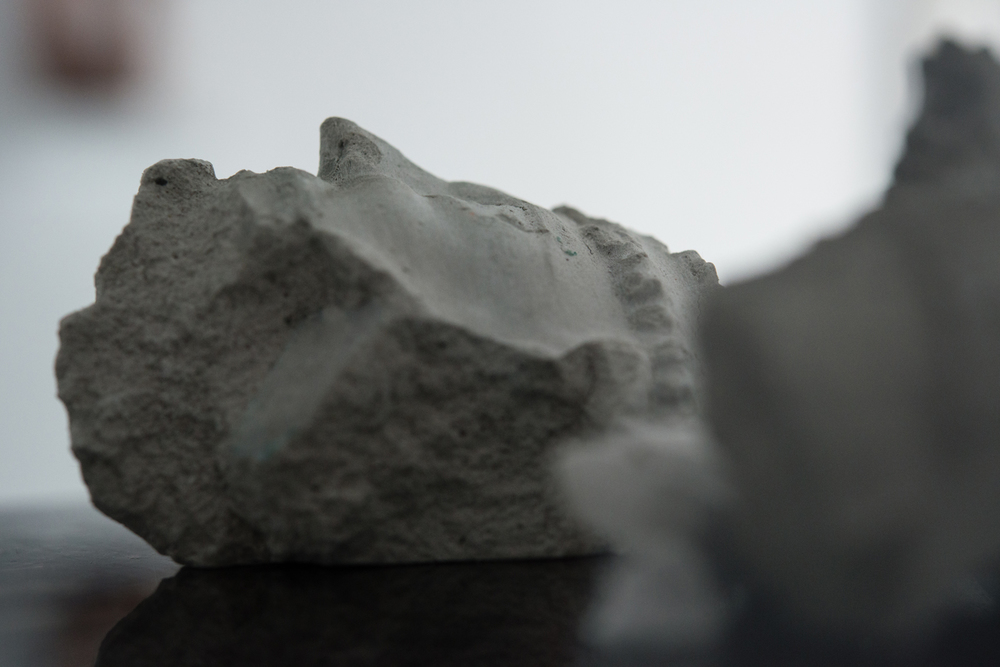 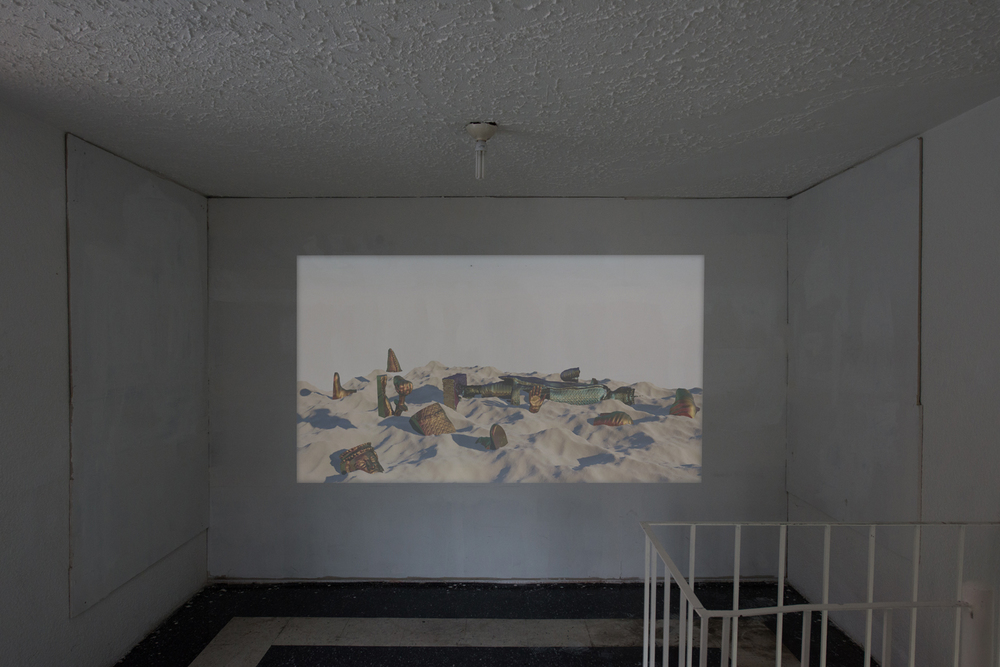 Prologue: Digital Cenotaphs takes on the idea of the traditional cenotaph, a sepulchral monument erected in memory of a deceased person whose body cannot be recovered or found, in order to deepen our understanding of digital materiality. A cenotaph’s physical form creates a memory that is constructed through its association with a body deemed worthy of being remembered. However, this Prologue
obscures the interpretive relationship between the form and content of the cenotaph.

Miguel Ángel Salazar’s copperfill cenotaphs produce new material objects deriving from the digital files for Moreshin Allahyari’s 3D model of a marble sculpture that was destroyed during an ISIL attack on the Mosul Museum in Iraq.
Converting Allahyari’s 3D model and images from .stl to .jpg to .ai to create a new texture in Salazar’s works that allude to the physical obscurity of a digitally produced memory.

Once the Digital Cenotaph is printed as a 3D model or rendered as a stand alone digital video file, the object breaks from its original context and takes on a new cultural meaning as a different digital material or physical form. The model’s digital quality loses resolution from the moment it is downloaded or rendered to the moment it is physically reproduced. Every conversion to a new digital or physical
format further deviates from the original object’s cultural significance, while every reproduction creates a new and unique material object derived from the memory of its original form.

The materiality of this new object remains significant and must be interpreted as its present state through a new materialism defined by its new geopolitical context. However, Salazar’s first reproductions do not erase its association with the original object. Instead, they coexist with it and multiplies its historical context. These digital and physical reproductions carry a new weight and reconfigure the broken materials from a virtual space into a new physical context. The
geopolitical history of the objects produced for Prologue: Digital Cenotaphs highlights the technological limitations within the new context, determining the size and quality of the printed materials.

How many renditions and reproductions will it take to for this object to be free of its association to the original object? Salazar’s Digital Cenotaphs can be first understood as a decentralization of the meaning and context of the broken sculpture. The reproduction of the new object creates another chance to disassociate the material from its original form. Each additional production will have a deeper association to its previous form rather than to the original object. The new material takes on a new form, creating new content that is further disassociated from the original matter.

The production of these Digital Cenotaphs forces one to reconsider the
material association between the past and present. This ‘Prologue’ is the beginning of Salazar’s attempt to deconstruct the materiality of digital objects and give them a new state of being through a physically decontextualized production.