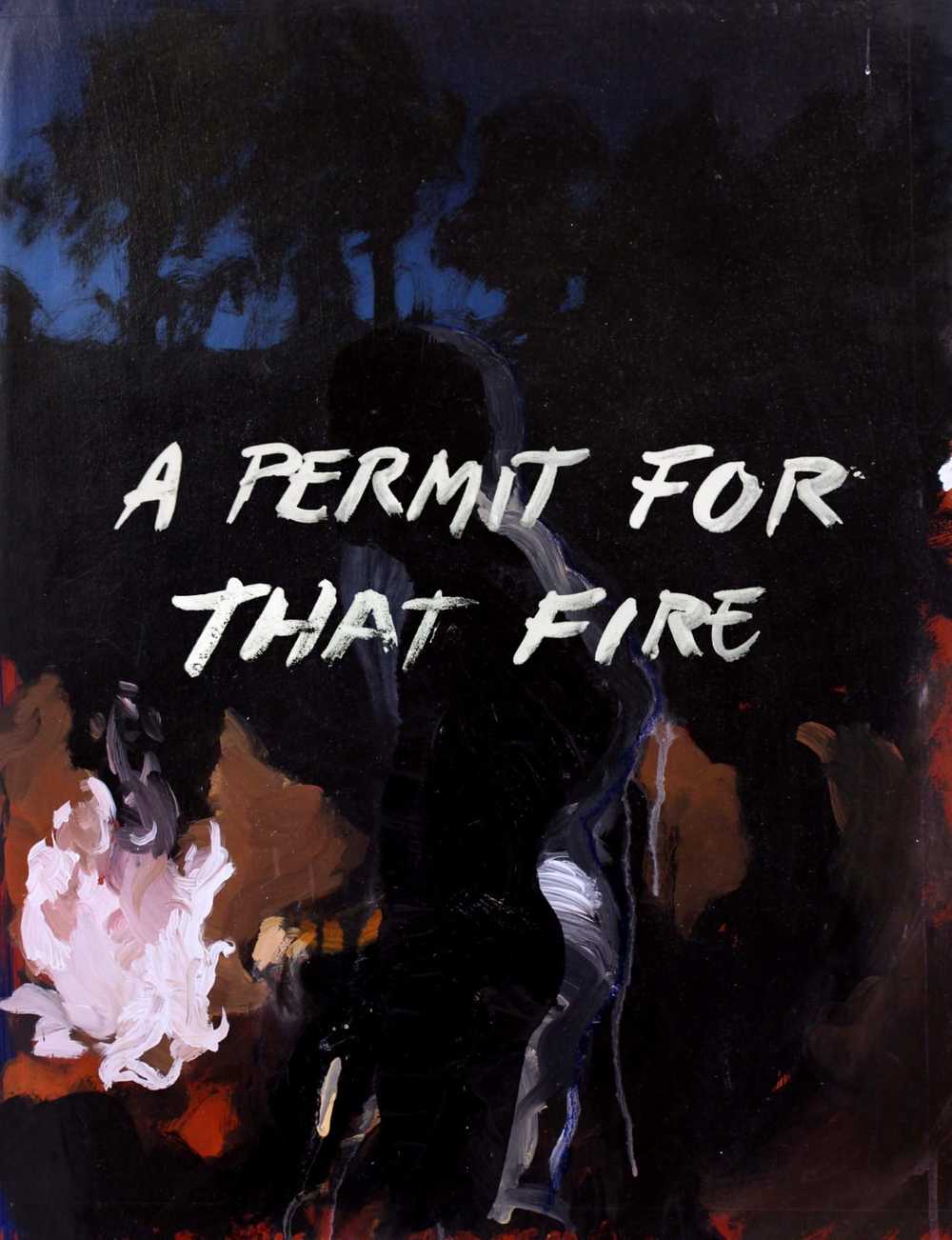 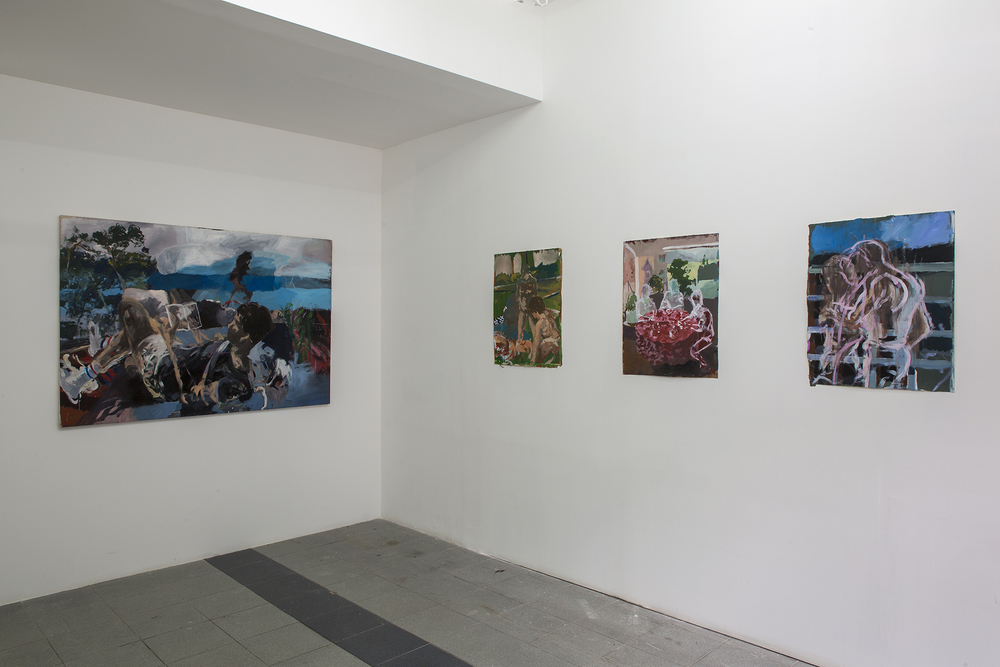 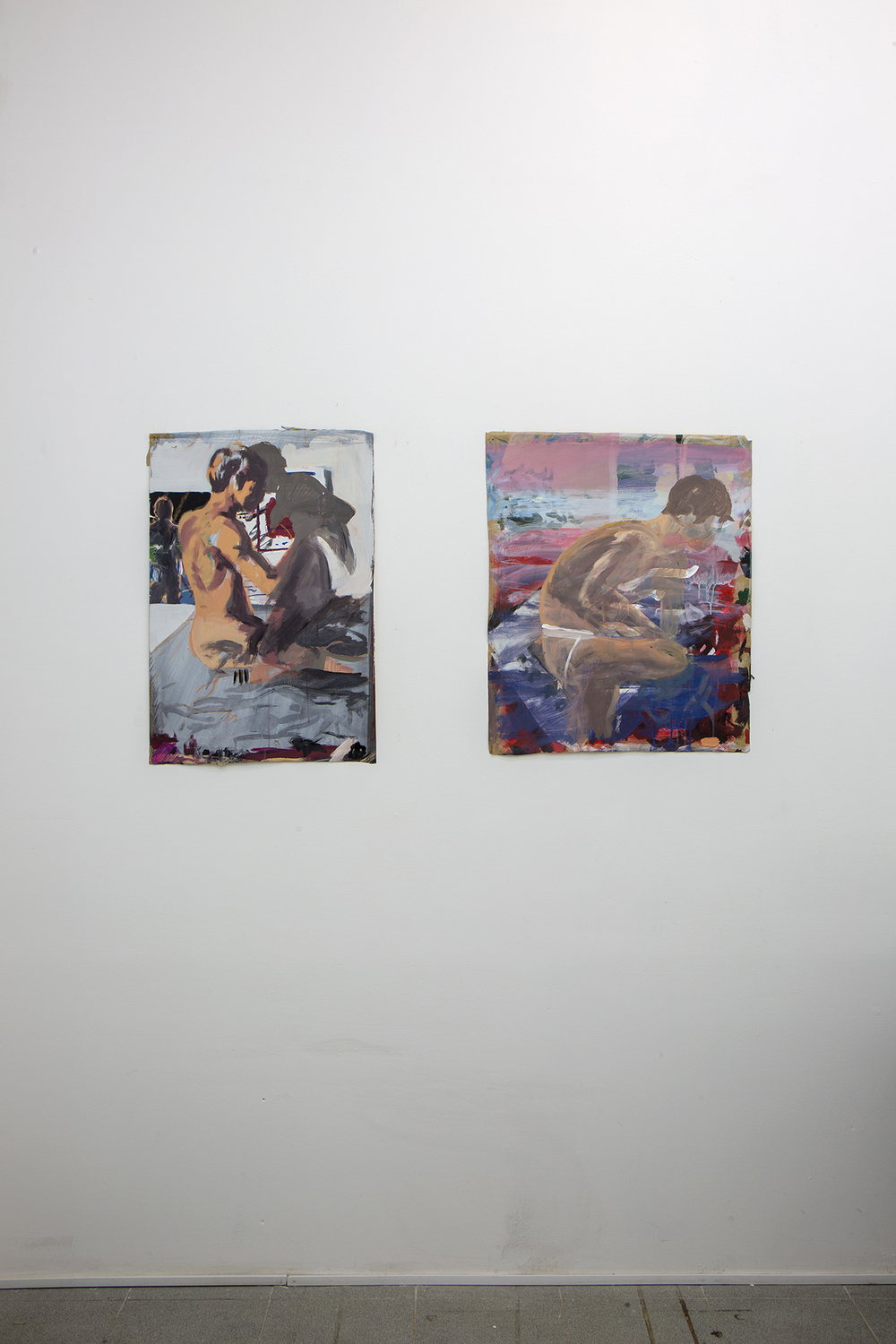 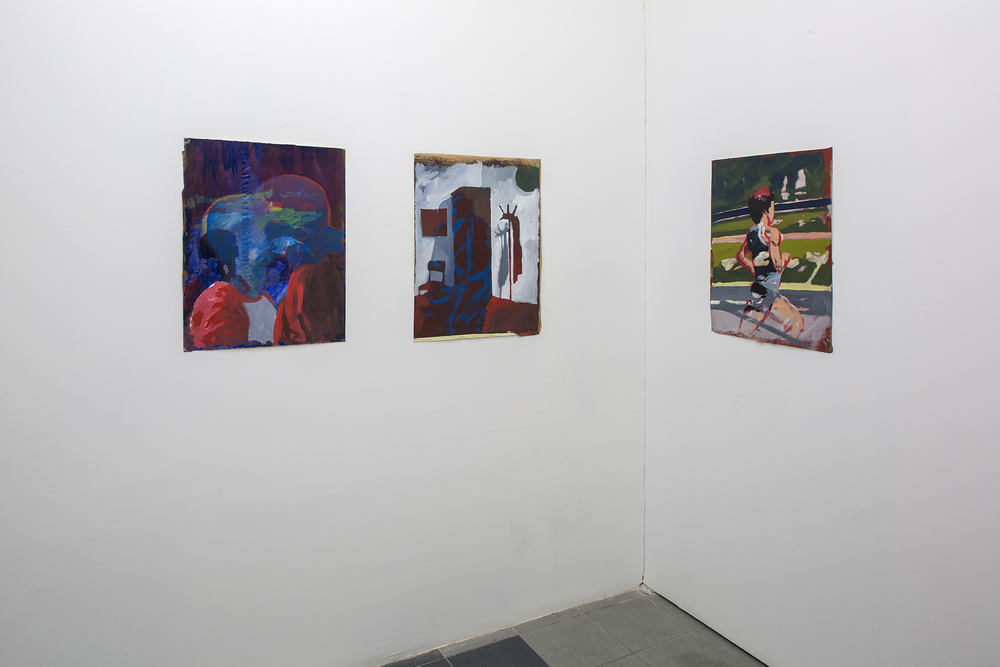 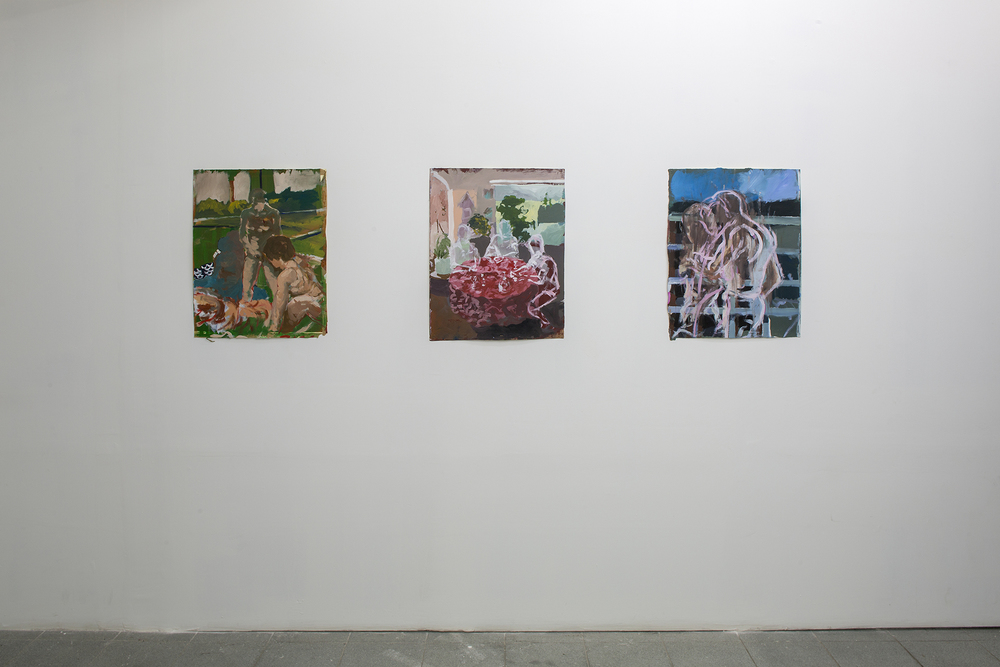 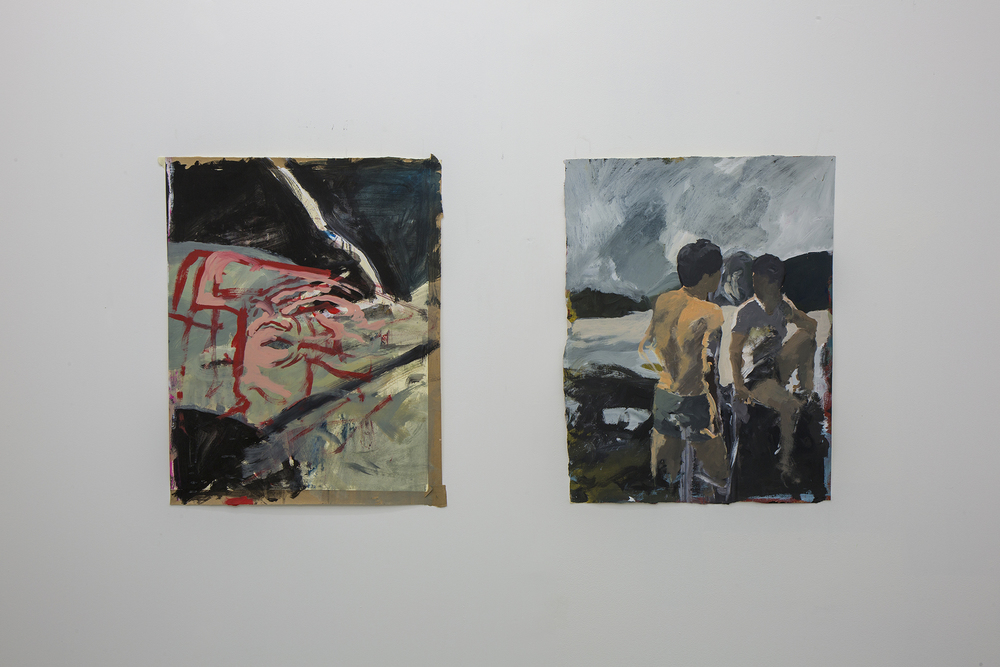 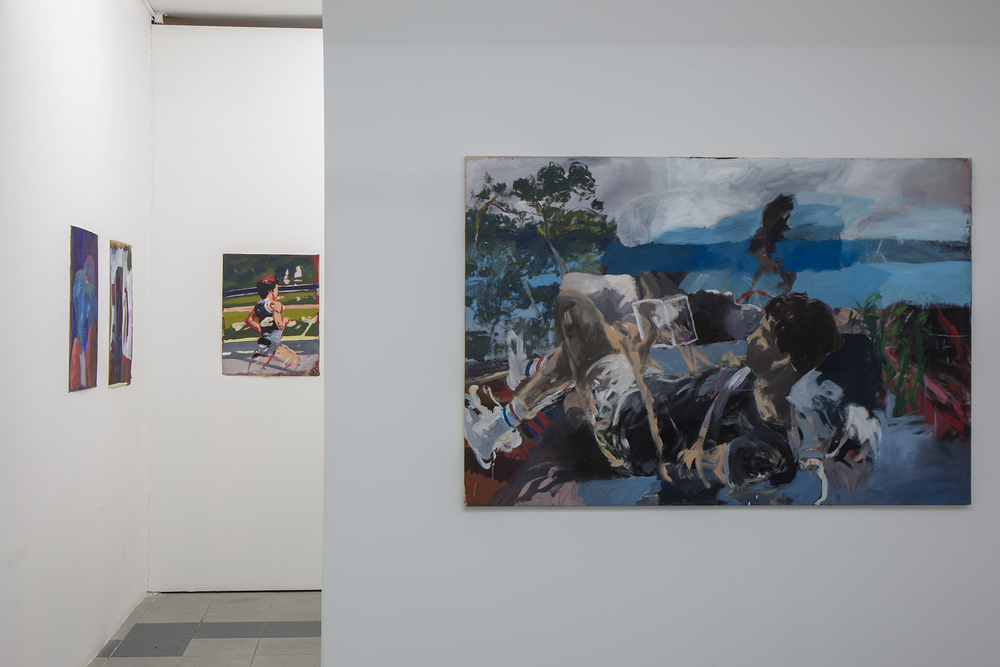 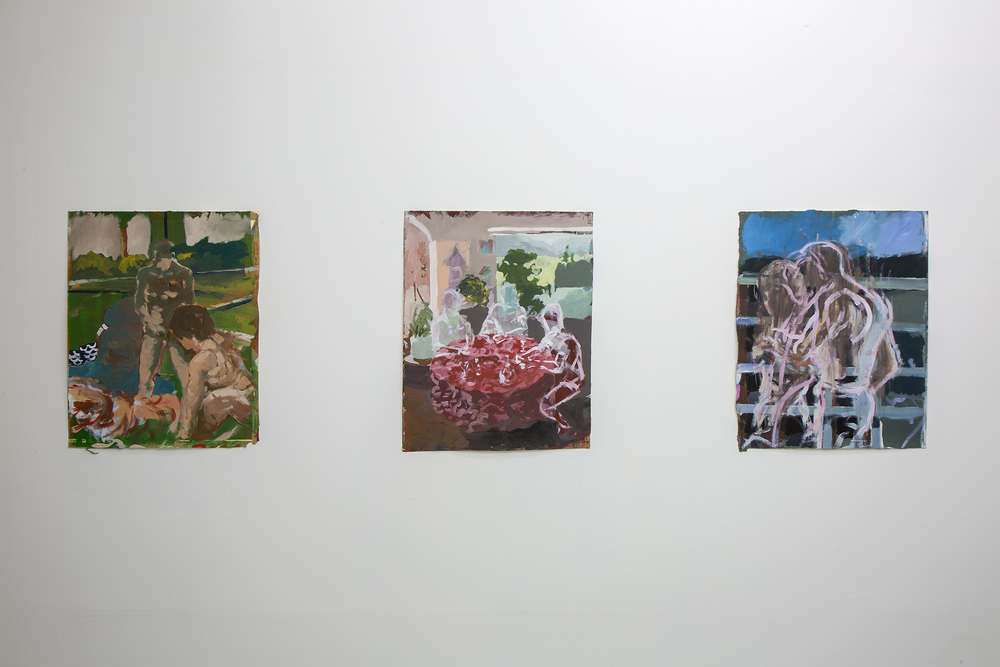 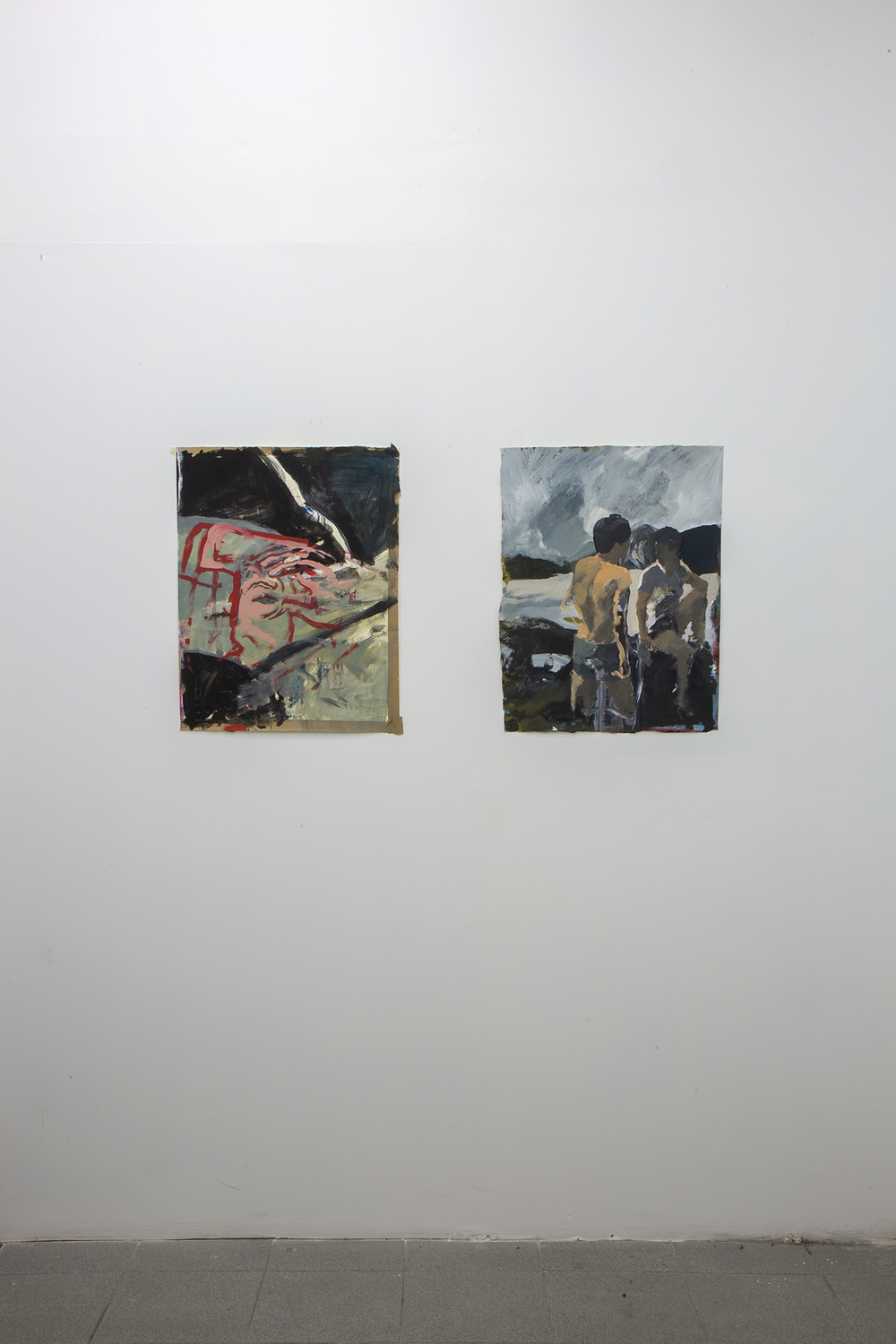 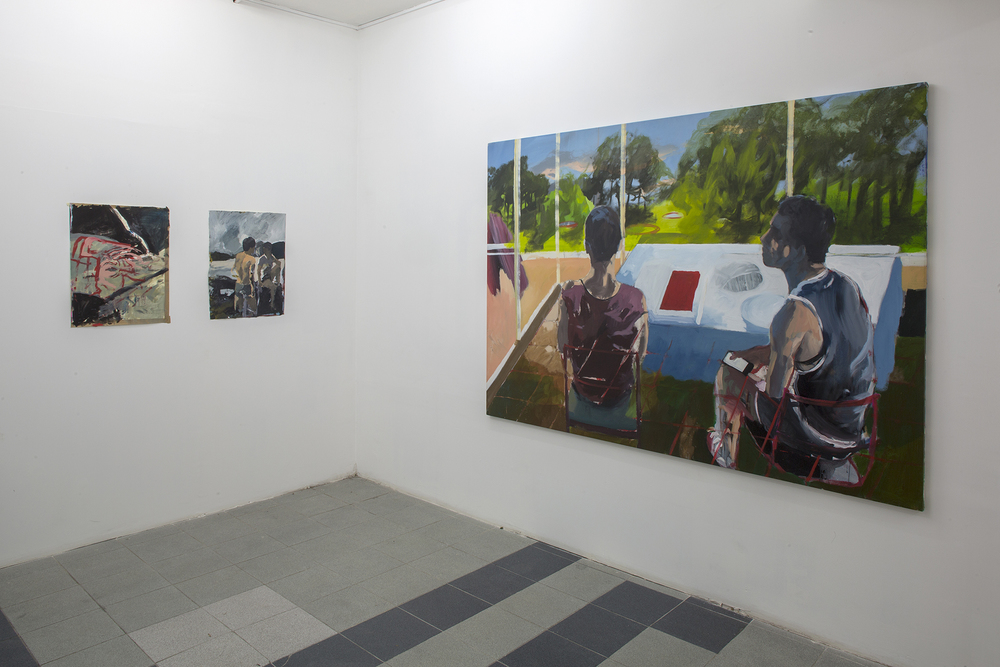 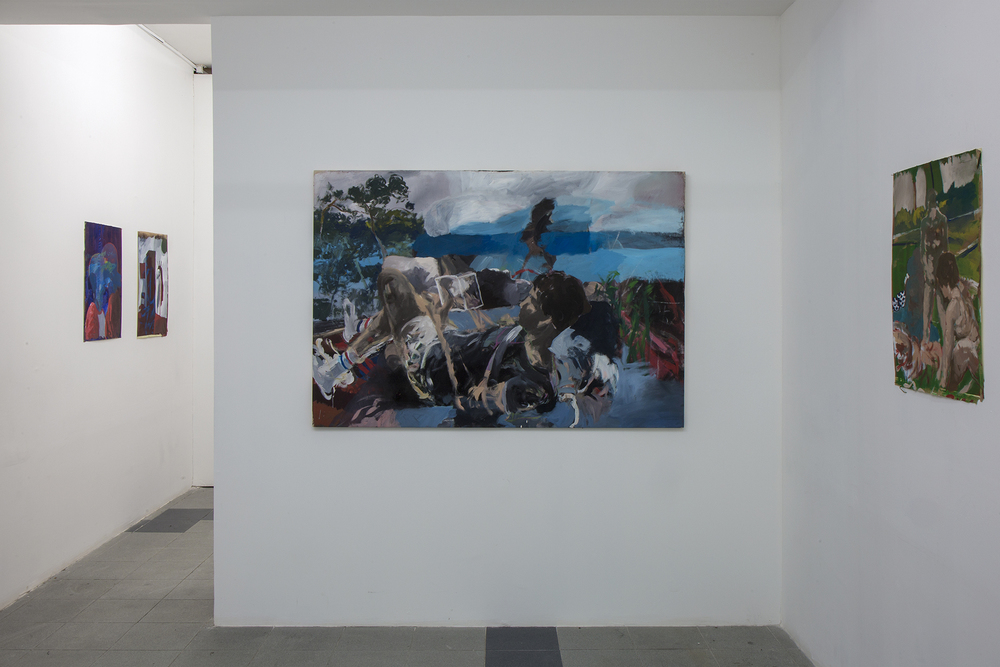 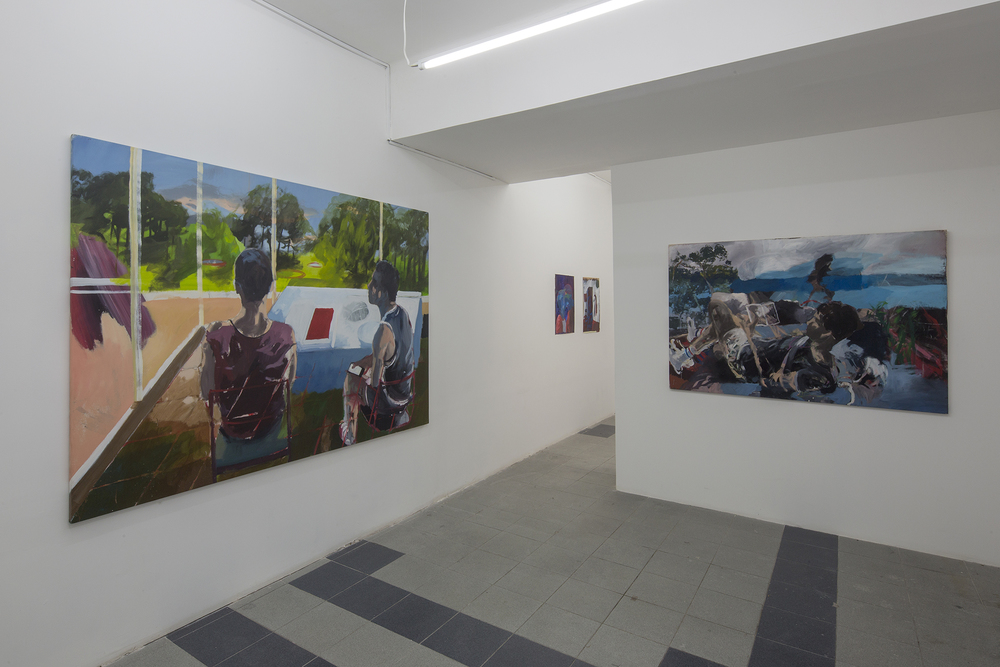 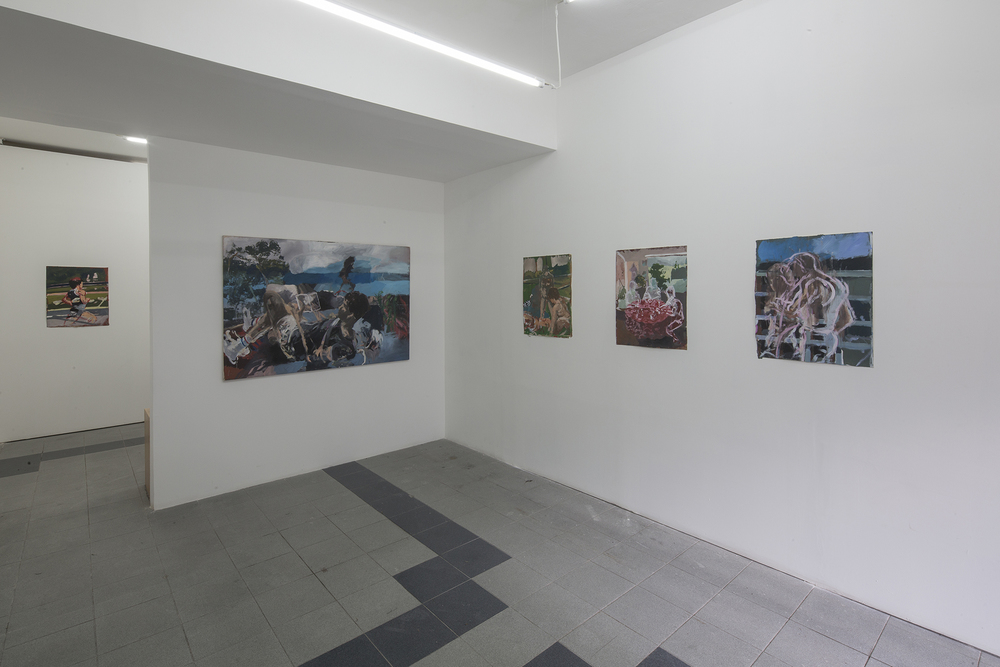 A Permit For That Fire

Galería Mascota is pleased to present A Permit For That Fire, the first major solo exhibition of João Gabriel outside of his native Portugal, curated by Benoît Loiseau.

Often departing from pre-AIDS, 1970s gay pornographic imagery, Gabriel’s paintings deal with desire, loss and nostalgia. Growing up in the suburbs of Leiria, in the Centro Region of Portugal, the artist was first exposed to painting when accompanying his mother to her housekeeping jobs in middle-class homes in the city, where art would hang on walls. He particularly remembers a print of a Salvador Dalí painting that he would spend hours drawing in his sketchbooks. Gabriel studied Fine Arts in the nearby town of Caldas da Rainha, unable to afford moving to the capital or Porto. There, his interest progressively shifted from abstraction to figuration, with influences ranging from Spanish Renaissance painter El Greco to Francis Bacon and David Hockney. He first gained international attention when he was commissioned to create the artwork for the film The Ornithologist (2016) by acclaimed Portuguese director João Pedro Rodrigues.

Disinterested in the contemporary portrayals of masculinity, Gabriel turned to vintage gay pornography as a source material to address the male form. Most of the imagery he uses dates from the 1970s, a period of relative expansion for the homoerotic film and publishing industries, which enjoyed a newly liberalized legal environment, while relying predominantly on community-driven forms of production and distribution. For the artist, born in 1992, the revisiting of the pre-AIDS speaks to a notion of inherited trauma, a desire to question the boundaries of joy, fear and sexuality in contemporary queer culture. Erotic in nature, Gabriel’s works carry a certain understatement, a suggestive quality that goes beyond the act of representation. Eerie, faceless protagonists merge poetically with the surrounding nature and built environment, projecting cryptic, timeless scenes of fantasy and longing. This blurring of interiors and exteriors, of nature and built environment, of subjects and their surroundings, is also a result of the artist’s multiple reworks of his paintings. He often superposes up to four layers, all corresponding to distinct source materials, narratives and settings, in some instances revealed by plays on transparency, like cracks in a faulty linear system.