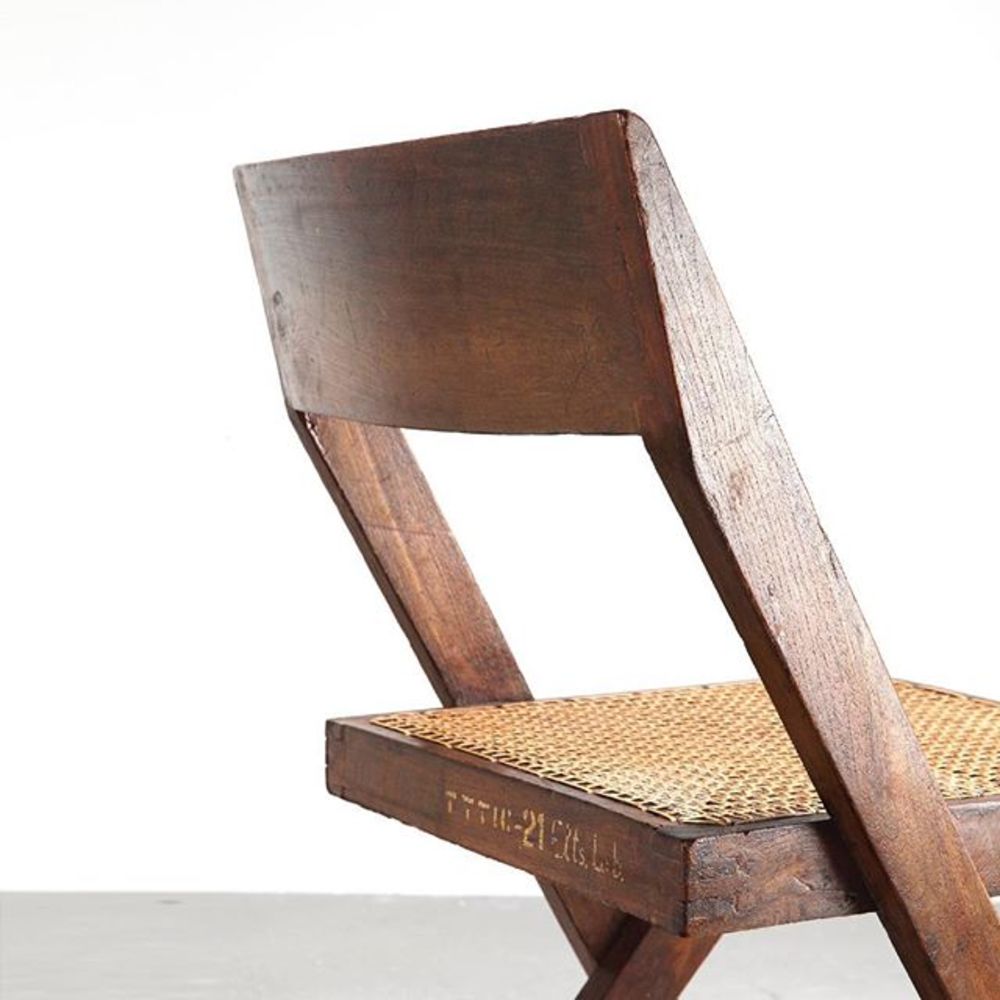 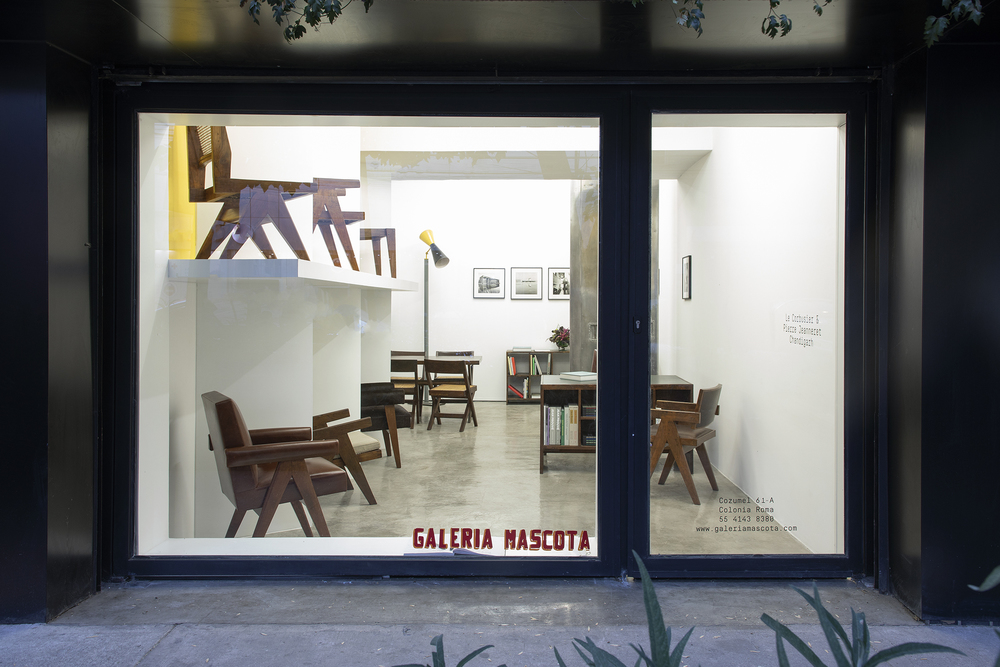 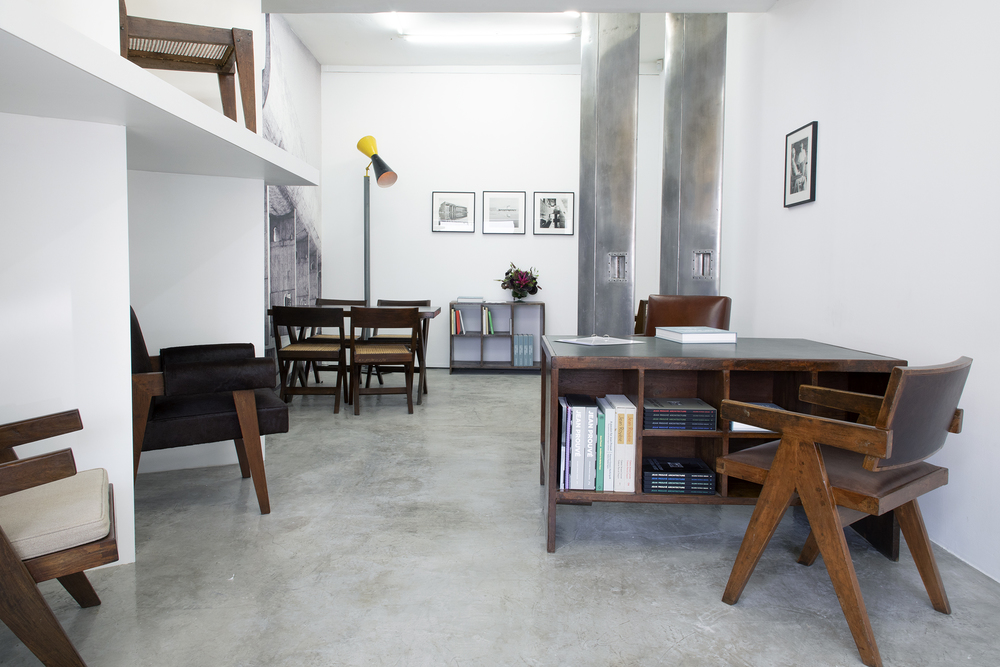 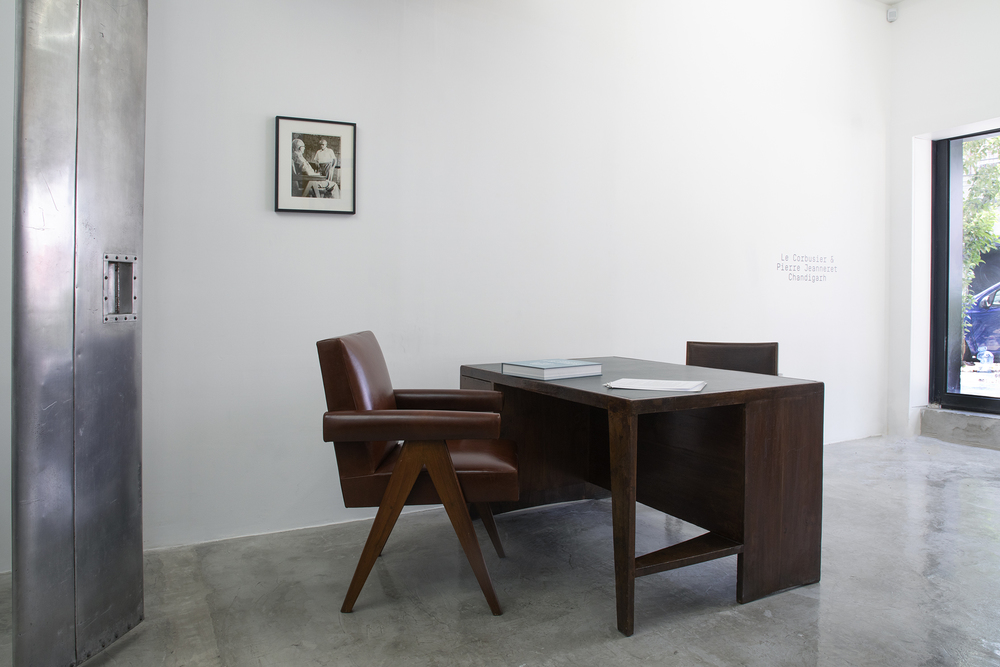 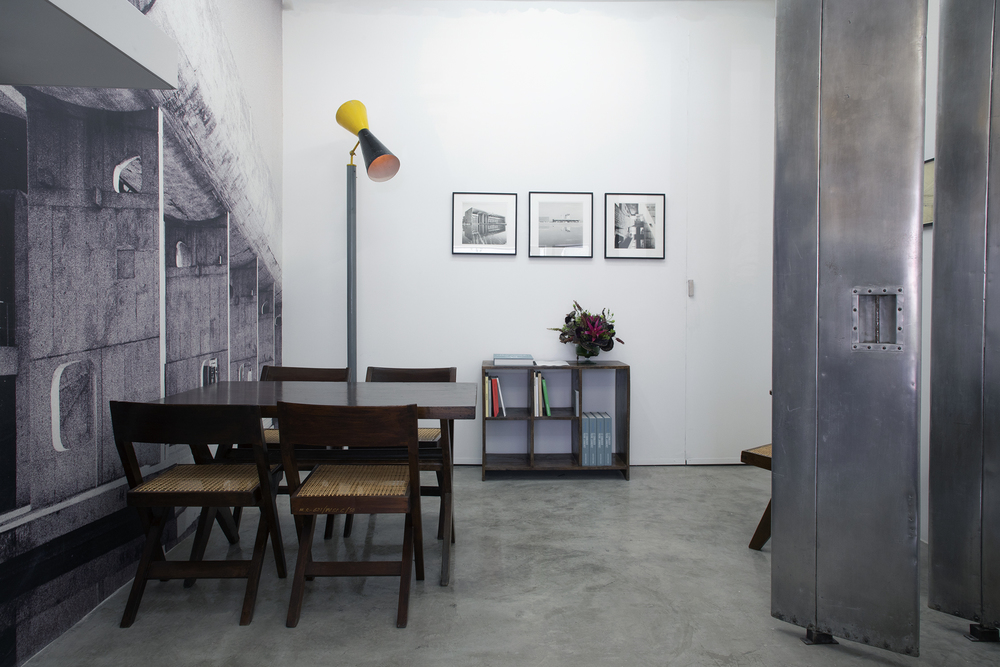 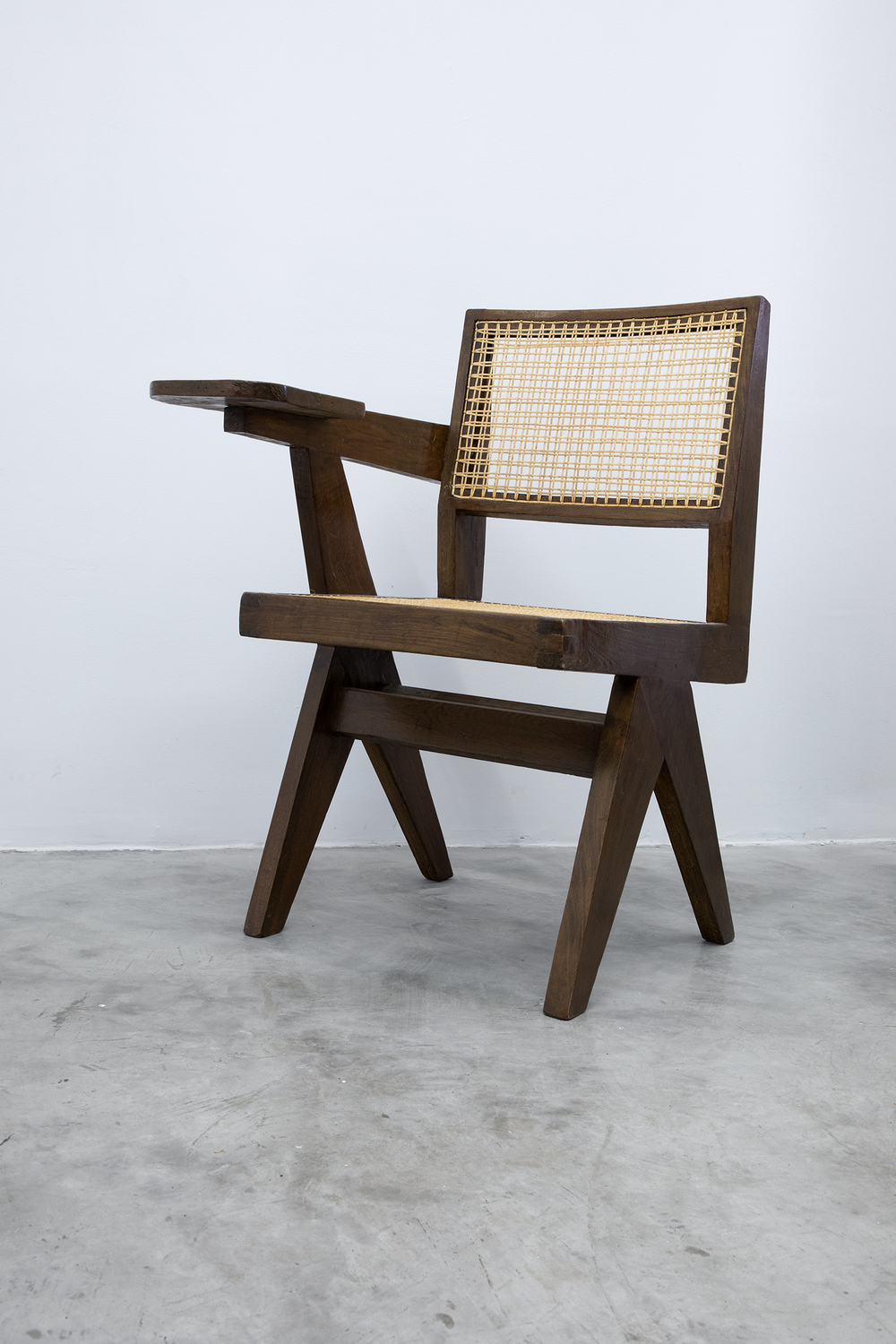 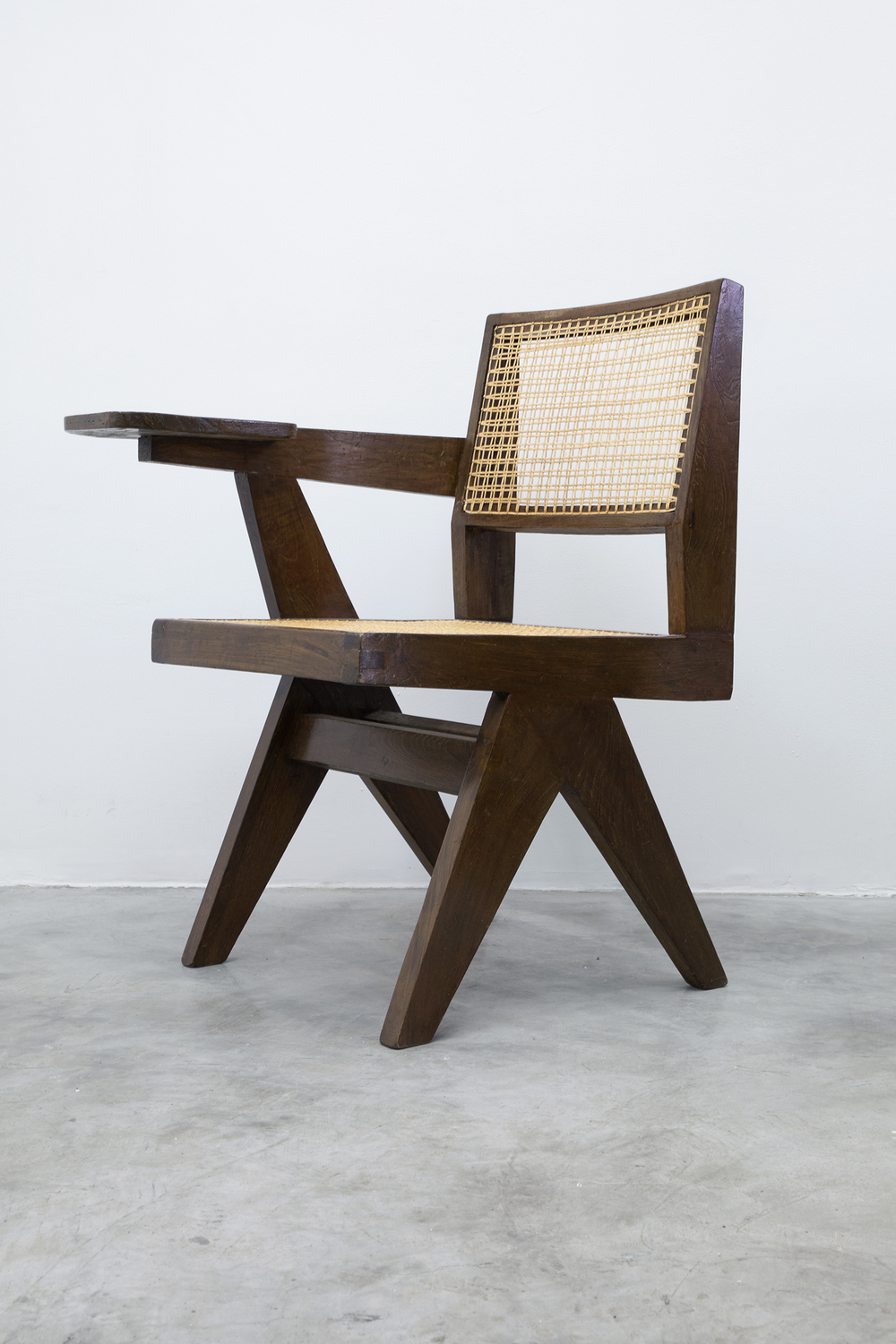 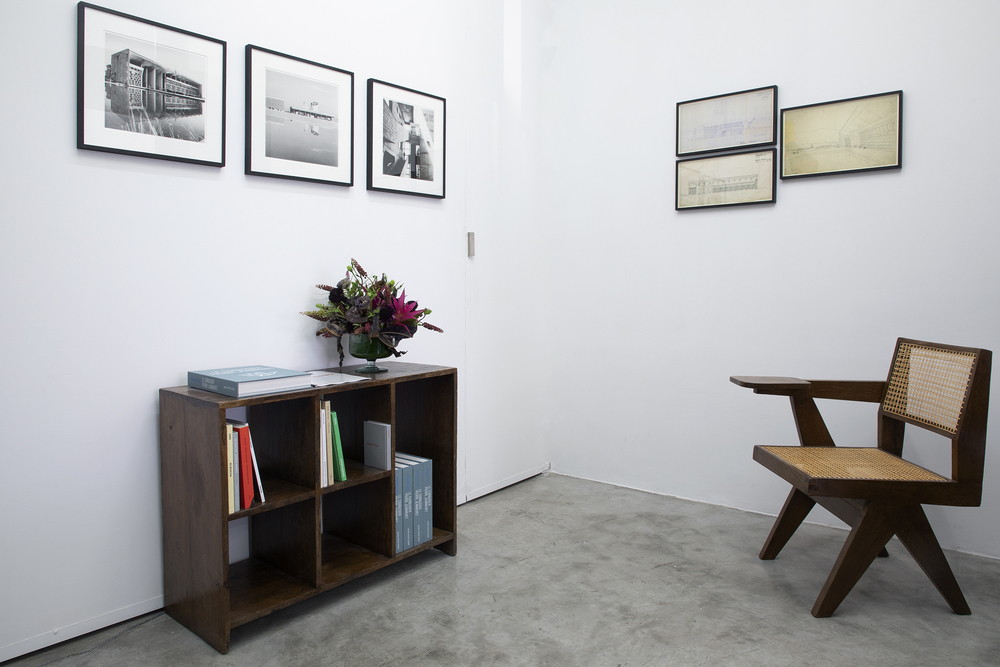 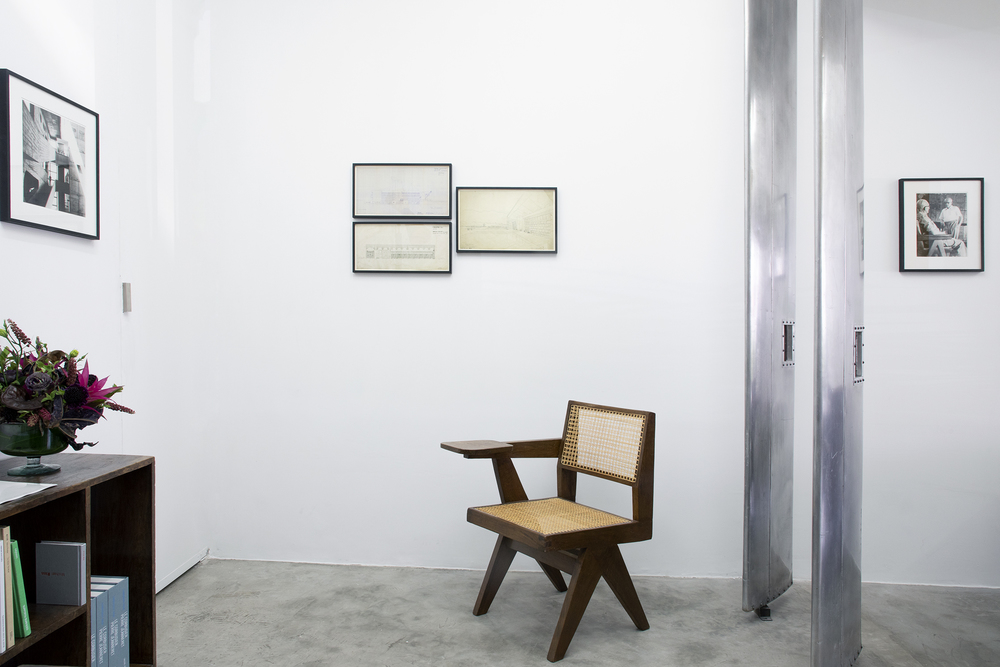 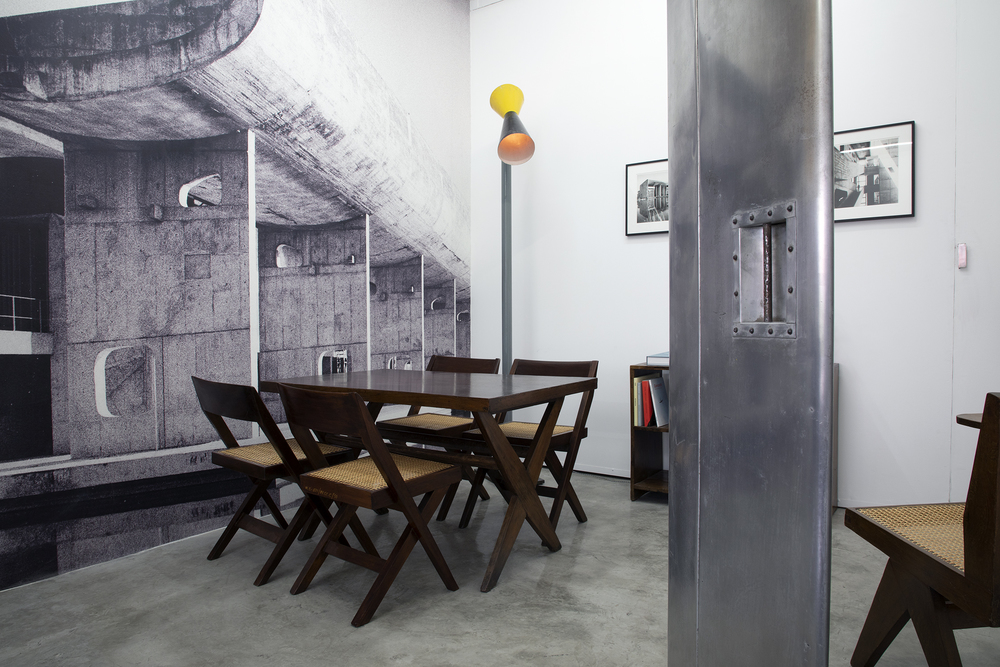 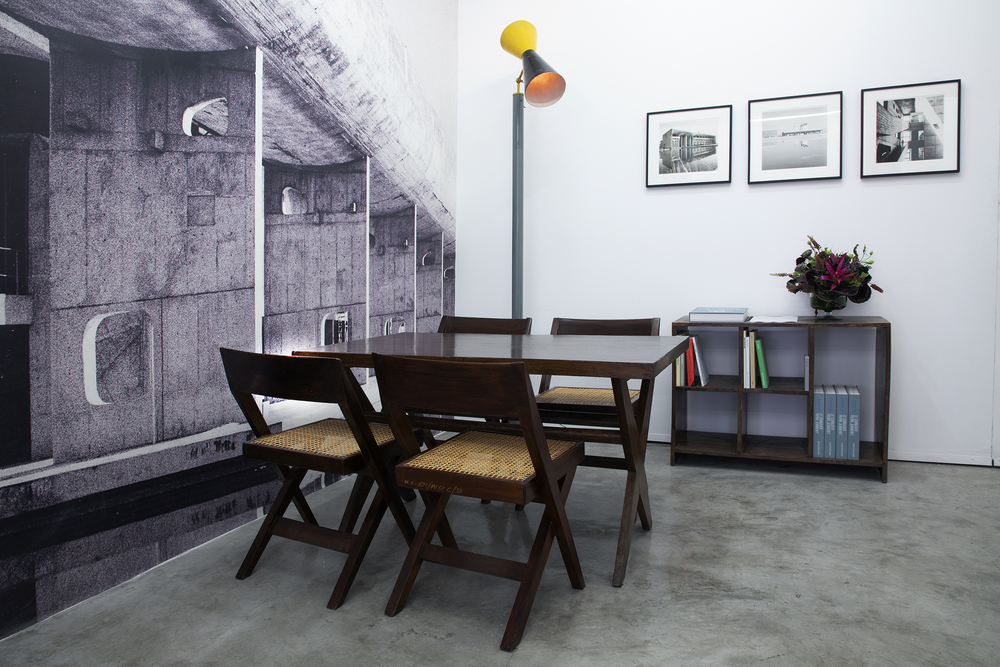 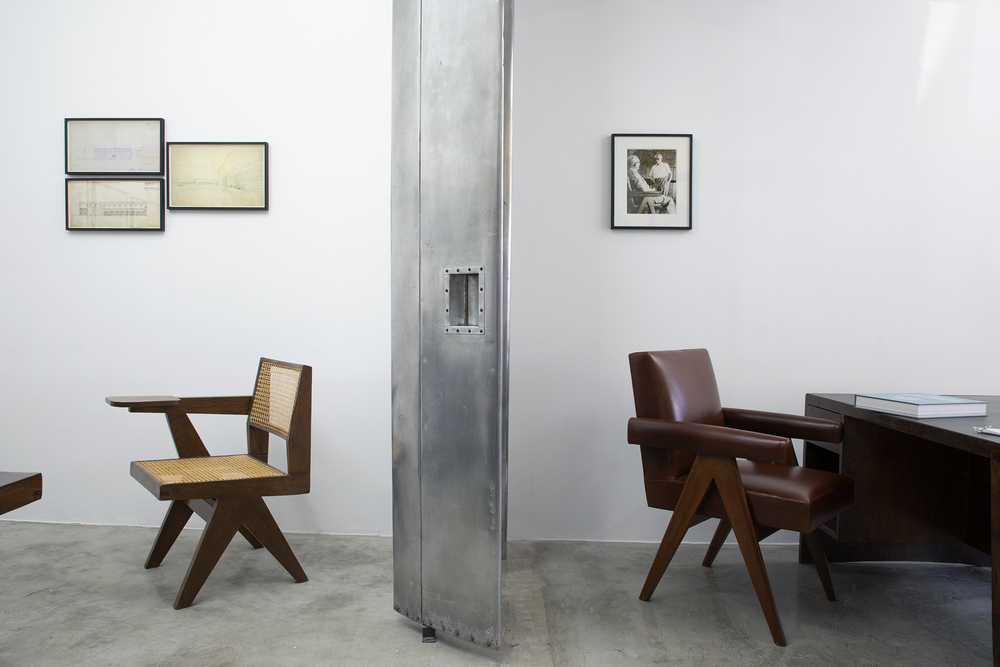 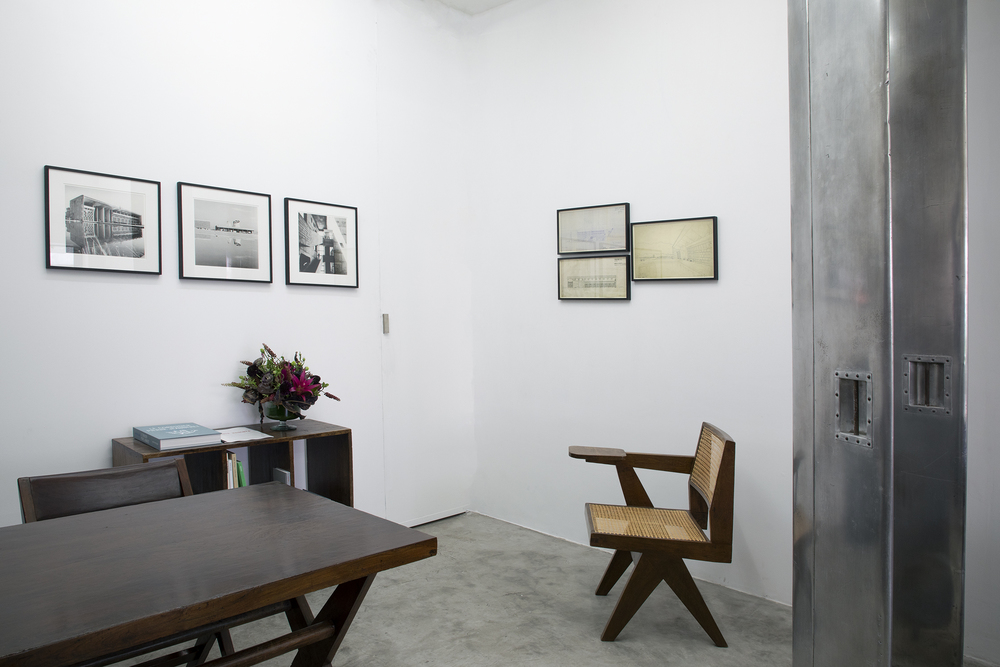 An exhibition organized in collaboration with Galerie Patrick Seguin

Chandigarh, the context:
Independence came to the Indian subcontinent on 15 August 1947, but at the cost of partitioning into the Federal Republic of India and the Islamic Republic of Pakistan. For Nehru independence implied a vast modernization program notably involving a territorial reshuffle. More
than a hundred new cities would be created, with Chandigarh one of the most prominent. It is in this context that Chandigarh, the new capital of Punjab, will be built, a project for which Nehru calls on Le Corbusier. Le Corbusier worked on the building of Chandigarh from 1951 until his death in 1965.

From architecture to furniture:
For Le Corbusier planning a new city meant a global approach, so the need to design the furniture for Chandigarh’s public buildings was self-evident. For this enormous project, he called in his cousin Pierre Jeanneret, who shared his convictions and had his full confidence.
Le Corbusier took charge only of the buildings in the Capitol complex, for which he also designed some of the lights and furnishings. When he set up house on the site of the future city, Jeanneret began by creating the furniture he needed for his own use. The simple vocabulary he used for these pieces laid the groundwork for a more comprehensive approach to the furniture he would later make for Chandigarh’s various public buildings.
Far from giving in to the temptaption to imitate the vernacular style, everything he designed -seats, benches, sofas, desks, work-tables, conference tables, coffee tables, bookshelves, storage
units- echoes the bold innovation of the architecture, with tautness and elegance of line enhancing functional
furnishings in a matchless marriage of sobriety and beauty. A pragmatist, Jeanneret opted for readily available materials, with a logical emphasis on the different local species of wood, rot-resistant and perfectly adapted to the vicissitudes of a climate fluctuating between drought and monsoon. The furnishing were made of teak (sometimes solid, more often veneer) or sissoo, also known as Indian rosewood. The choice of coverings for the various kinds of seats, benches, and sofas reflect
the same pragmatism: cane, cotton fabric, moleskine, leather. The need to mass-produce quality furniture for public buildings called for a new design office capable of programming the work on the appropriate scale. Pierre Jeanneret directed the office, where he worked with Indian assistants. Given the quantities involved, a number of carpentry workshops had to be enlisted, with the design office staff providing the working drawings and monitoring the fabrication process.

Fit to different places and uses:
Each piece was intended for a specific place and use, with close attention to the symbolic context. Thus the furnishings for the High Court provide a clear, immediate image of its authority and its hierarchy: high-backed chairs for judges, comfortable seats and sofas for visitors… In the three Capitol buildings -the High Court, the Legislative Assembly, and the Secretariat- they stressed solemnity of function by dramatizing some items of
furniture: they exaggerated their proportions and let their own creative instincts run free on a host of different
shapes, especially for seats. The mass production concept was counterbalanced by an inventiveness that left no place for monotony or
uniformity. From 1955 to 1965 Pierre Jeanneret devoted most of his time to Punjab University, designing both the
buildings and the furniture; the campus furnishings represented the largest single order for Chandigarh. Jeanneret devised a range of cane chairs with a compass base. Generally speaking Le Corbusier’s and Pierre Jeanneret’s furniture for Chandigarh reflects an ideal of beauty at the service of the many-an ideal inherited from the Art and Craft spirit of the late 19 th century and the concept of “Beauty in the useful”. At the same time their buildings and furnishings are a forceful expression of their wish to see this project find its rightful place in the history. Both have become icons.


Pierre Jeanneret (1896-1967)
Swiss-born architect and furniture designer Pierre Jeanneret (1896-1967) worked for most of his life alongside
his cousin Le Corbusier. In 1926 they published their manifesto “Five Points Towards a New Architecture” which served as the backbone for their architectural aesthetic. The Villa Savoye (1928-1931) serves as a representation for their outlined ideology. An elegant building predominantly made out of glass with an almost undivided interior and columns, which made it look as if it was floating above the ground. In 1929 at the Paris Salon d’Automne, Jeanneret unveiled a set of modern furniture designed in collaboration with
Le Corbusier and Charlotte Perriand. Included were tubular steel chairs, stools and a set of modular steel storage units. In the early fifties Le Corbusier and Jeanneret set out for an urban planning project in Chandigarh, India,
designing and producing low cost buildings for the community. Le Corbusier left the project mid-way and
Jeanneret became the Chief Architect and Urban Planning Designer. He stayed in Chandigarh for fifteen years
and the city evolved into a landmark of modern architecture. Jeanneret´s contribution to the partnership was considerable, not least in introducing professionalism in following through projects and work on site - he often stimulated and provoked his cousin’s imagination or moderated it with his own realism. He frequently drew the first sketches for plans that he then gradually reworked and refined with Le Corbusier, playing an important part in ensuring the office’s continuity,
coordinating work and maintaining tight control over all the technical aspects.