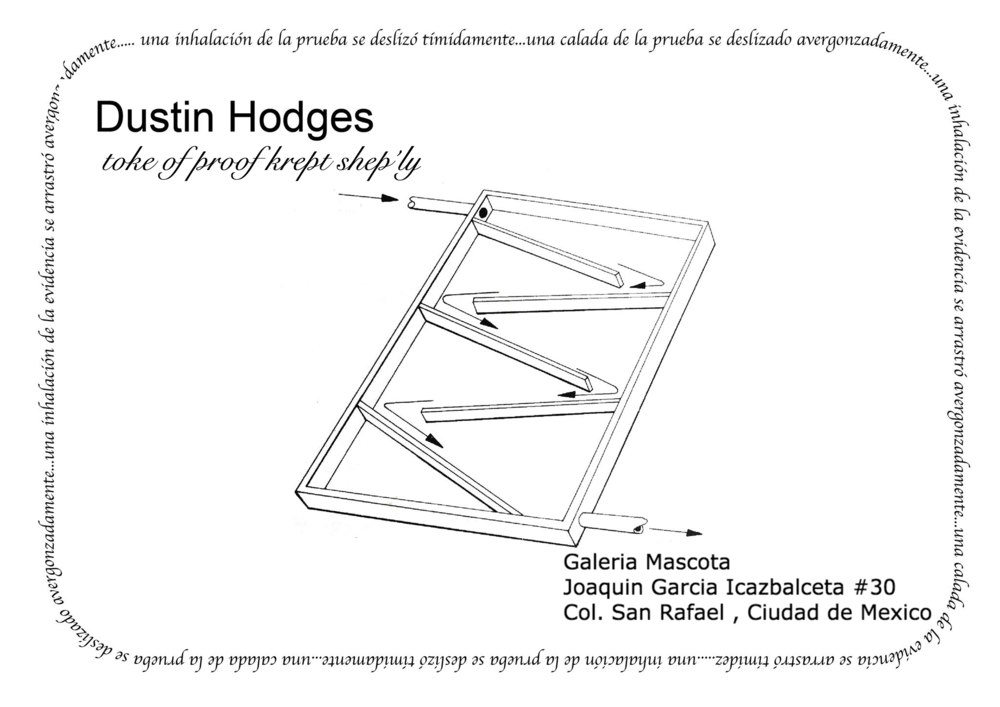 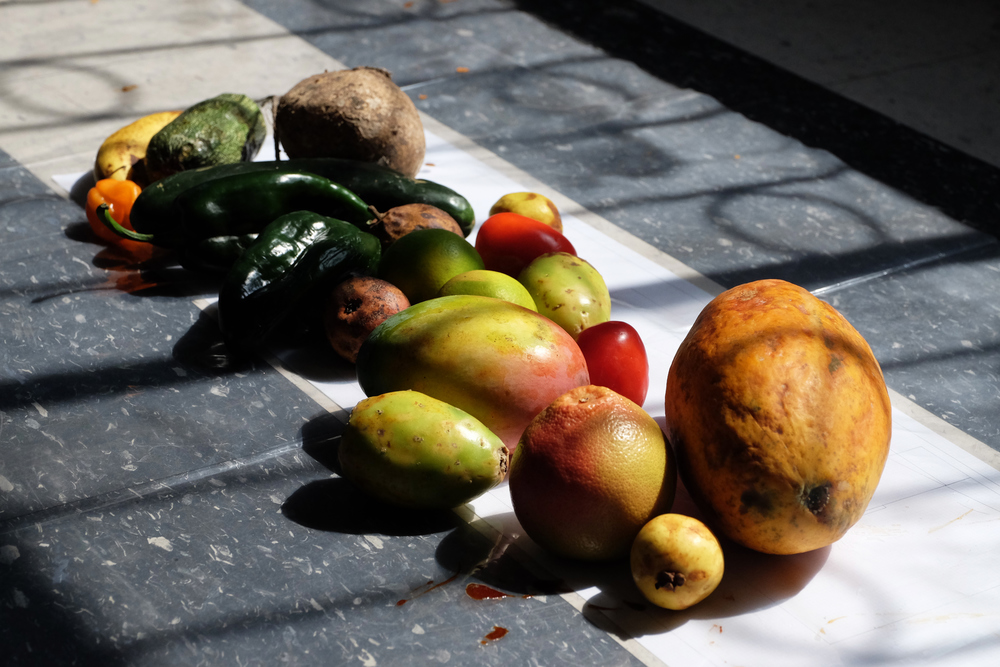 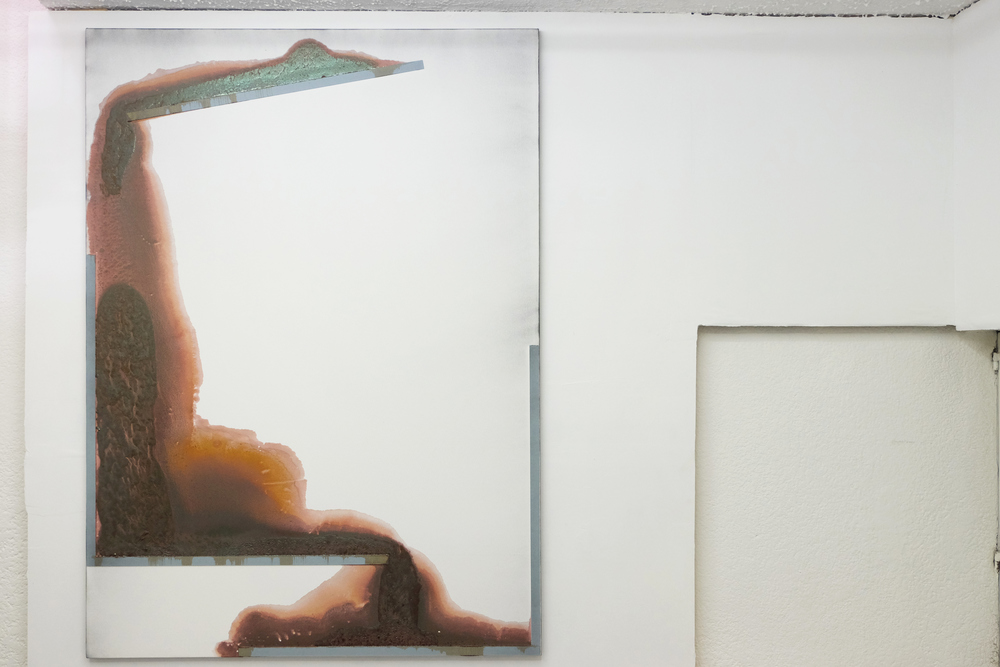 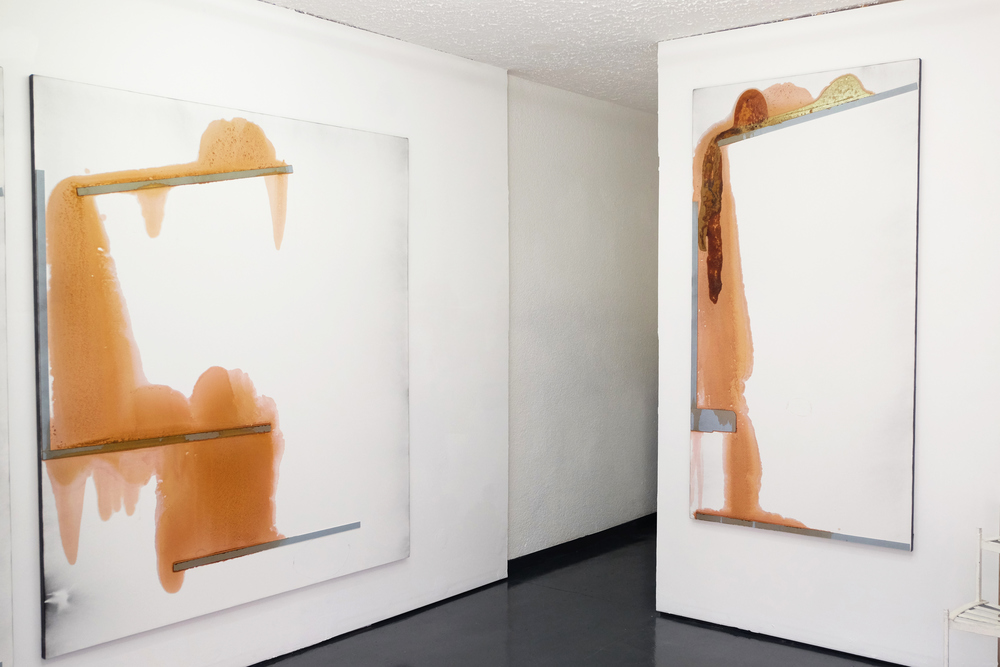 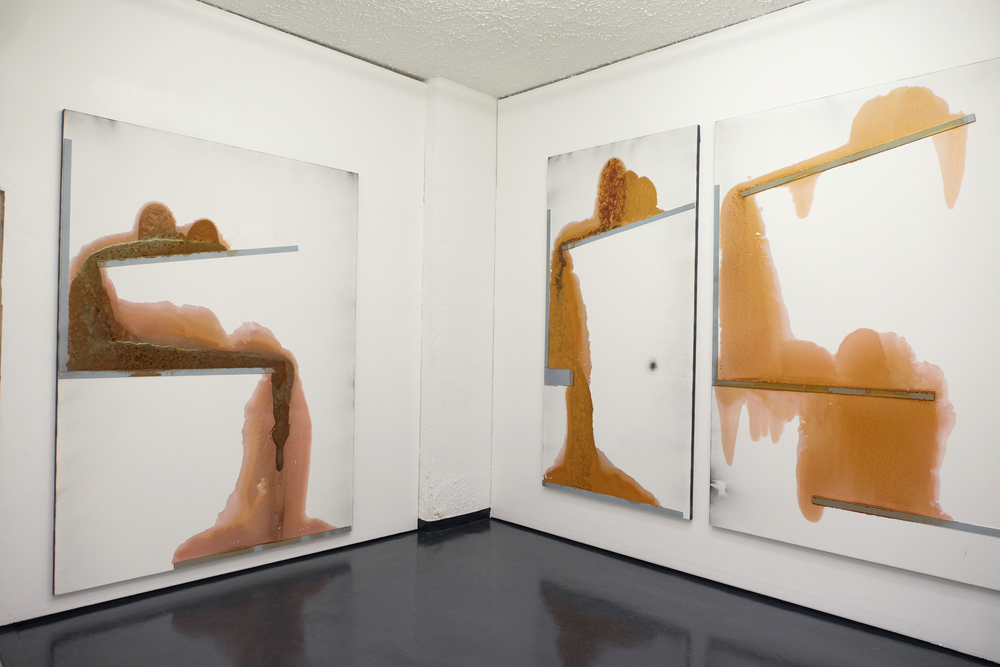 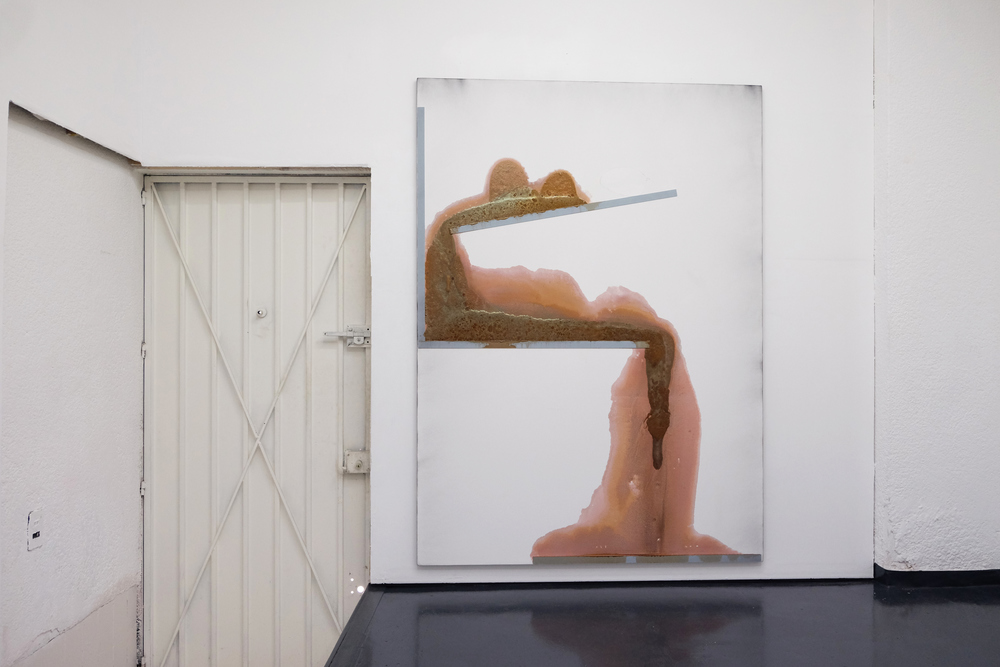 Galeria Mascota is pleased to present "toke of proof krept shep'ly" an exhibition by Dustin Hodges. Hodges' work considers painting as a form of labyrinth in relation to the gallery's architecture.

"toke of proof krept shep'ly" presents five new paintings which enclose a space, four walls with five panels. The gallery's spiral staircase becomes a model form around which the paintings effect their own spiraling motion. Whereas the staircase implies bi-pedal conveyance up and down, the paintings stage "guided pours" wherein viscous liquid (here pigmented shellac) flows downwards in syncopated starts and stops.

The gallery's upstairs hosts a collection of local fruits which reappear as painted "characters" within the labyrinth below, framing the downward gesture and suggesting possible narratives. The 17th century Dutch painterly mode known as vanitas reflected on flows of objects and mortalities, rarely without a piece of fruit present. Perhaps we could say:

The sentence can be written with the four nouns rearranged in any order without compromising sense too badly. This should raise alarms. The verb (caught) remains a steady fulcrum like the post in any spiraling staircase. Capture is somehow central to these paintings.

Dustin Hodges was born in Portland, Oregon in 1984. He received a BA in Visual and Environmental Studies from Harvard University in 2006, was a guest student at the Städelschule in Frankfurt from 2006 to 2007, and completed an MFA in painting at Bard College in 2011.